BREXIT has presented an opportunity for the UK Space Agency to deliver a "major programme" for a UK Galileo replacement in partnership with the Ministry of Defence, who identified an issue with using the European Union's "secure elements," Express.co.uk can exclusively reveal.

Galileo is Europe’s Global Navigation Satellite System (GNSS), built to rival the US GPS system that will be used for military defence and critical national infrastructure purposes. Among the most crucial parts of the system is the Public Regulated Service (PRS), an encrypted navigation service used by government agencies, the armed forces and emergency services, but the EU insists access to this will only be for the bloc's members when it becomes “fully operational” in 2026. The MoD, however, has claimed it pulled the plug on collaboration for any part of the system when Brussels blocked British contracts from the production of components.

Express.co.uk previously revealed how UK companies were “at the heart” of the entire system development, building “essentially the brains” to the satellites, after papers showed Surrey Satellite Technology Limited in Guildford provided 22 navigation payloads between 2014 and 2016, integrating a pan-European supply of components, including the “Swiss atomic clocks” that “drive Galileo's signals”.

The company has existing contractswith the EU expiring this year but, after that, it will not be allowed to provide the “main components” for Galileo anymore, so the MoD has turned its attention back home, identifying this as a security flaw. A spokeswoman told Express.co.uk: “Global Navigation Satellite Systems (GNSS) are increasingly crucial to our daily lives, with positioning, navigation and timing (PNT) services that they provide underpinning a wide range of essential public services, Critical National Infrastructure, National Security, defence interests and the wider digital economy.

Recent estimates indicate that over 11 percent of the UK’s GDP is directly supported by satellite navigation systems and the Blackett review estimated that a failure of service could cost the UK economy £1billion a day.

“British armed forces were due to have access to Galileo’s encrypted system when it is fully operational in 2026.

“However HMG has concluded it would not be in the UK’s security interests to use the system’s secure elements if it had not been fully involved in their development.

“Therefore, the UK Space Agency is leading a major programme to deliver options for a UK GNSS capability, working in partnership with the MoD to produce cost, schedule and design analysis which will inform a final investment decision for a UK GNSS.”

The vulnerability of Galileo has already been exposed, after a week-long outage in July saw the EU beg the US to use their GPS service for non-military needs, leaving the bloc essentially exposed to space threats from the likes of Russia, China and Iran, who have all stepped up military satellite capabilities in the last few months.

But the MoD will avoid this issue altogether, by making the GNSS system "fully compatible" with GPS, while also “strengthening relationships” with other Five Eyes partners who may be allowed access too.

A spokesman added to Express.co.uk: “Benefits from a UK GNSS would include increased resilience for our Critical National infrastructure and National Security, a stronger and diverse space sector with major new export opportunities for UK firms, strengthened relationships with overseas partners, and new high-tech jobs across the country.

“In 2018, when commissioning options, Prime Minister Theresa May set out that the British system must be compatible with the US GPS system.

“In response to the strategic challenges facing the UK space enterprise, the Prime Minister has established a National Space Council to coordinate Government’s interests and take strategic decisions.”

Science Minister Chris Skidmore previously revealed to Express.co.uk details for the new system, which will be unveiled to the public in as little as two months.

He said: “£92million was announced about a year ago, that was to scope out what the system will look like and we had 50 companies that have been involved in the process so far.

“The UK Space Agency won’t let me go into detail about the specific companies, but next year, around March time, there will be a £5billion programme announced.

“This will be through a number of stages. We would want it fully delivered by 2030 but the first satellites would go up by 2025.

“That’s where we are with our GNSS programme, we’ve put in the orders for the atomic clocks which need to be purchased and there’s a waiting time for those.” 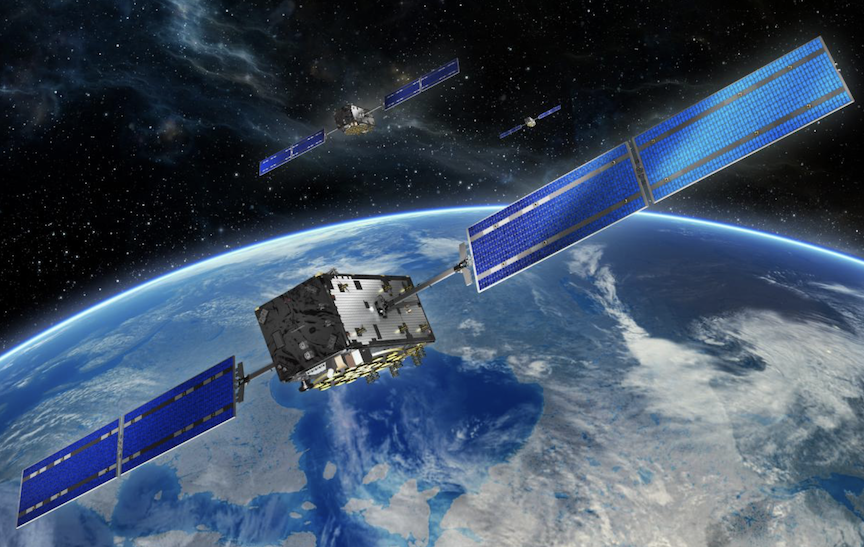 Today, Boris Johnson will also sure up plans first floated to Express.co.uk by Mr Skidmore to “roll out the red carpet” and attract the world’s best scientists, researchers and mathematicians to the UK after leaving the EU on Friday at 11pm.

Mr Johnson has pledged to offer a new “supercharged” visa scheme, removing the cap on Tier 1 visas for exceptional talent, at the same time as clamping down on less-skilled migrants.

It comes after the triggering of Article 50 threatens the freedom of movement for 3.2 million EU nationals living in the UK, many of them working on groundbreaking science projects, possibly including a GNSS system which promises to create thousands of job opportunities.

Mr Johnson has placed space innovation at the forefront of his plans, shown by the setting up of a National Space Council to adapt to new threats, including the possibility of creating a Space Command, like Donald Trump’s Space Force.

Former MoD minister Tobias Ellwood touched on the programme during a video released during his campaign for the Bournemouth East seat in December.

He said: “Without GPS we’d lose sight of the threat picture, control of our drones and missiles and early warning systems.

“So if satellites suddenly failed to work, the impact on all our lives would be colossal.

“With falling costs and advancing technologies, we now see space as the extinction of Earth.

“But, right now, there are no agreed rules and space has become the ultimate high ground from which you can harass your enemy.

“The weaponisation of space is already happening, Russia has tested space-based cannons during the Cold War and is developing anti-satellite missiles.”

Mr Ellwood continued by pointing out the need for a Space Command.

He added: “China and Russia are investing in military satellites that can use lasers and high-powered microwaves to damage other satellites.

“What easier way to destruct our way of life than by zapping our satellites, especially if you can’t get caught.

“In our lifetime, space will get busier, more competitive and potentially more dangerous.

“That’s why we need to create a UK Space Command to protect our assets and lead our allies in establishing what the new rules for space should be before it’s too late.”