ESA and GomSpace have put their scientific heads together to devise an improvement for smallsat systems and subsystems for science missions in deep space. The two companies signed a contract that is valued at 3.900.000 € over 18 months. (3.300.000 € for GomSpace Denmark and 600.000 € for GomSpace Sweden). The contract is carried out under the Science Programme funded by ESA. 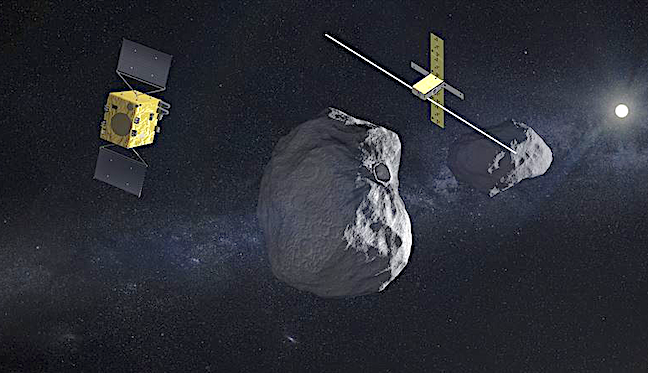 In this project, GomSpace will tackle the most critical technology areas that could enable the use of small satellites for a science mission with a launch date as early as 2028. The aim is to design and test various development models at subsystem level to demonstrate a technology readiness level of TRL6.

Small satellites have been proposed in the frame of deep space scientific missions for several years. However, questions about the combability and reliability of the small satellites’ technology, traditionally used for LEO applications with limited performance and lifetime requirements, have remained unanswered or not addressed in sufficient depth.

CEO, Niels Buus, from GomSpace said that this is an important step for GomSpace. Deep Space is by far the harshest environment, you will ever meet. Adapting their nanosatellites to this environment will increase their lifetime and the reliability way beyond state of the art. This will become a significant driver in meeting the technology requirements of tomorrow — also on the commercial market.

Scientific missions to deep space will become key in understanding the origin of the solar system as well as the planetary resources. ESA is working closely with NASA and the international space community to design and exploit these future missions.