The first global GNSS-Reflectometry ocean wind data service has been launched by Surrey Satellite Technology Ltd (SSTL), together with partner the National Oceanography Centre (NOC) and with support from the European Space Agency.

The data service is free and is hosted on the website www.merrbys.co.uk where users can access measurements of wind taken by a specially designed Global Navigation Satellite Systems (GNSS) receiver hosted on SSTL’s TechDemoSat-1 satellite, which collects GNSS signals, such as GPS, reflected off the surface of the ocean. TechDemoSat-1 is also collecting GNSS reflections off land and polar regions, opening the door for new applications of this technology, such as soil moisture and ice measurements. 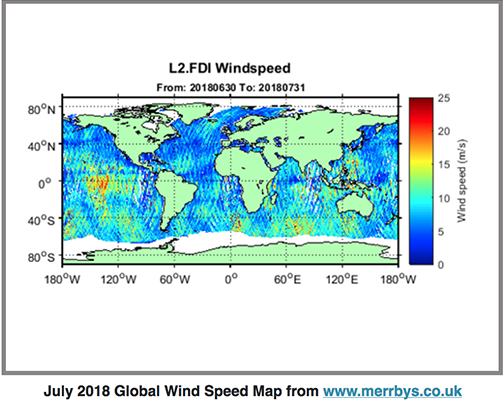 Monthly maps of wind speed over the oceans can be obtained from http://merrbys.co.uk/l2-windspeed-monthly-maps.

TechDemoSat-1 was launched in 2014 and carried eight payloads from different UK organizations.  On successful completion of the satellite’s original mission, a life extension now allows the GNSS Reflectometry payload to be operated 24/7 continuously. On-board processed GNSS-R data is relayed to SSTL’s ground station in the UK and inverted for geophysical parameters using NOC retrieval algorithms for the estimation of near-surface ocean wind speed.  Users have access to data from the past 3 years and new data is added daily with a latency of 30 days. Users can also register for a fast service allowing retrieval of data with a shorter delay, currently 48 hours, but with a target of less than 24 hours as the service matures.

The current service is a pilot demonstration showing the potential for a new source of wind and wave measurements from in orbit using a small satellite. In future, a constellation of low cost small satellites carrying enhanced instruments could provide measurements in near-real time to support weather and wave forecasting. 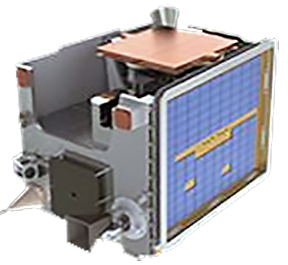 The TechDemoSat-1 satellite and payload were supported by UK Centre for Earth Observation Instrumentation and the UK Space Agency, and sponsorship from European Space Agency has allowed the release of data. Over 50 international journal papers have been published based on the use of the TechDemoSat-1 GNSS-R data. SSTL also provided the same GNSS Reflectometry instrument to the NASA CYGNSS mission, where 8 small satellites are using this technique to probe and analyse hurricanes.