Avanti and Arabsat An Amicable Agreement At Last

An amicable agreement has been reached ... The respective communications authorities in the UK and the Kingdom of Saudi Arabia, Ofcom and the Communications and Information Technology Commission (CITC), have notified the agreement to the International Telecommunication Union (ITU), which settled the dispute amicably. This was done on the basis of a range of engineering and spectrum usage solutions.

Avanti and Arabsat have reached an agreement that will enable both companies to operate their respective satellites — Avanti’s HYLAS 2 and HYLAS 3 and Arabsat’s 6A.

The resolution follows successful inter-operator talks in Cyprus concerning HYLAS 2 and 3, located at 31E, and the Arabsat 6A satellite located at 30.5E — as well as the associated networks in the frequency bands 17.7-20.2 GHz and 27.5-30.0 GHz. 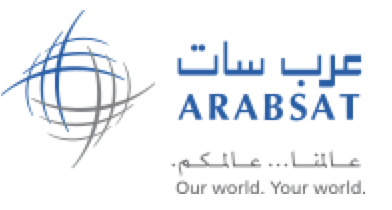 The respective communications authorities in the UK and the Kingdom of Saudi Arabia, Ofcom and the Communications and Information Technology Commission (CITC), have notified the agreement to the International Telecommunication Union (ITU), which settles the dispute amicably. This was done on the basis of a range of engineering and spectrum usage solutions.

The two operators can continue to provide vital communications to their customers, free from interference. The news comes at an important time for both businesses as they have recently launched new satellites — Avanti’s HYLAS 3 and Arabsat’s 6A.

The ITU process played a crucial role in the settlement. Avanti and Arabsat want to express their appreciation for the efforts of their communications authorities (Ofcom and the CITC), the ITU Radio Bureau and the Radio Regulatory Board.

Avanti’s CEO Kyle Whitehill said that Avanti and Arabsat have been working together constructively since the start of the year, under the auspices of the ITU, to find a solution that enables both companies to serve their core markets. The agreement with Arabsat on HYLAS 2 and 3, combined with HYLAS 4 — which was unaffected by these discussions — puts Avanti in an optimal position to continue to serve its existing customers and to expand confidently in the future.

Arabsat’s CEO Khalid Balkheyour commented that their teams’ coordination meetings were held in a very professional way that resulted into a productive agreement. They are looking towards more future business cooperation and partnerships.

Avanti provides satellite technology across Europe, the Middle East and Africa. With over $1.2bn invested in the Ka-band HYLAS satellite fleet and ultra-secure ground infrastructure, they are serving the various needs of people and businesses in more than 118 countries. The high-throughput satellites and dual-redundant Gateway Earth Stations enable delivery of high-speed satellite connectivity and coverage to an end-market of 1.7 billion people.

Arabsat was founded in 1976 by the 21 member-states of the Arab League, and has been serving the growing needs of the Arab world for over 35 years. It carries over 450 TV FTA channels, 35HD channels, 4pay TV networks, and 160Radio stations reaching tens of millions of homes in more than 100 countries across the Middle East, Africa, Europe and beyond around the world including an audience of over 170 million viewers in the Middle East and North Africa (MENA) region.