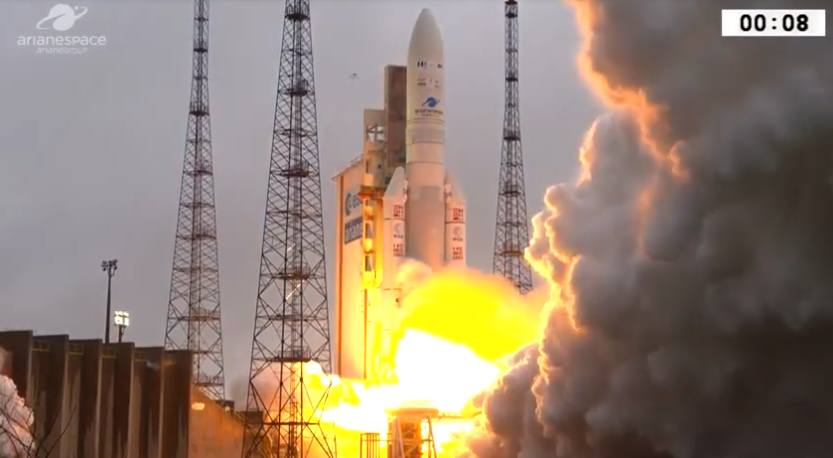 For its second launch of the year, Ariane 5 successfully placed two telecommunications satellites, T-16 and EUTELSAT 7C, into geostationary transfer orbit (GTO), from the European spaceport in Kourou (French Guiana).

The following is the press release from Arianespace:

The total performance required of the Ariane 5 launcher was 10,594 kg, of which the two satellites accounted for 9,736 kg. The payloads were injected into an orbit inclined 6 degrees in relation to the equator.

“Each new success of Ariane 5 is a new victory for the thousands of technicians and engineers whose know-how has guaranteed the success of the European heavy launcher on the global commercial market and our independent, sovereign access to space for almost 40 years. We have just initiated series production of the first 14 Ariane 6 launchers and are actively working on the transition from Ariane 5 to Ariane 6, so each new success is a source of pride and encouragement for ever-higher space ambitions to benefit our customers around the world,” said André-Hubert Roussel, CEO of ArianeGroup. “I wish to thank the teams at ArianeGroup and Arianespace, as well as the entire industrial chain, for this new joint success and for the work accomplished. Once again our gratitude also goes to the European Space Agency and CNES for their unflagging confidence and support.”

ArianeGroup is the industrial lead contractor for the development and deployment of Ariane 5 and Ariane 6 launchers. The company coordinates an industrial network of more than 600 companies (including 350 SMEs) in 13 European countries. ArianeGroup oversees the entire industrial supply chain, from performance optimization and the corresponding studies associated with the Ariane 5 to production, from the supply of mission-specific data and software to the marketing of the launcher through Arianespace. This chain includes equipment and structures, engine manufacturing, integration of the various stages and finally launcher integration in French Guiana.

Arianespace’s June 20 mission marks the fifth flight in 2019 by its launch vehicle family – which consists of the heavy-lift Ariane 5, medium-size Soyuz and lightweight Vega. It will be the second this year using Ariane 5.

In performing this 104th Ariane 5 mission – the 71st with an Ariane 5 ECA version – Arianespace confirms its full capability in the geostationary launch services market segment. 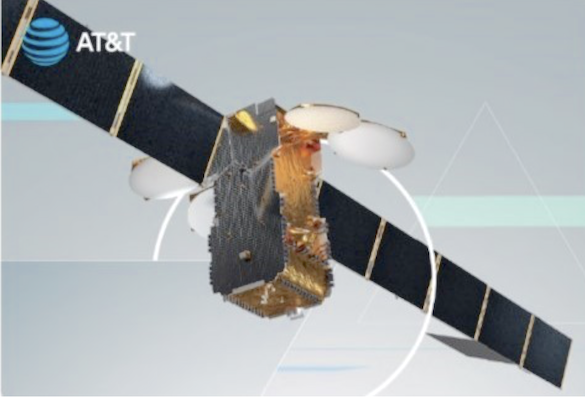 T-16 was manufactured by Airbus Defence and Space and will provide high-power broadcast services in  Ku- and Ka-bands. Being flexible, the spacecraft can be operated from five orbital slots (from 99 degrees West to 119 degrees West) and will cover the continental United States, Alaska, Hawaii and Puerto Rico. 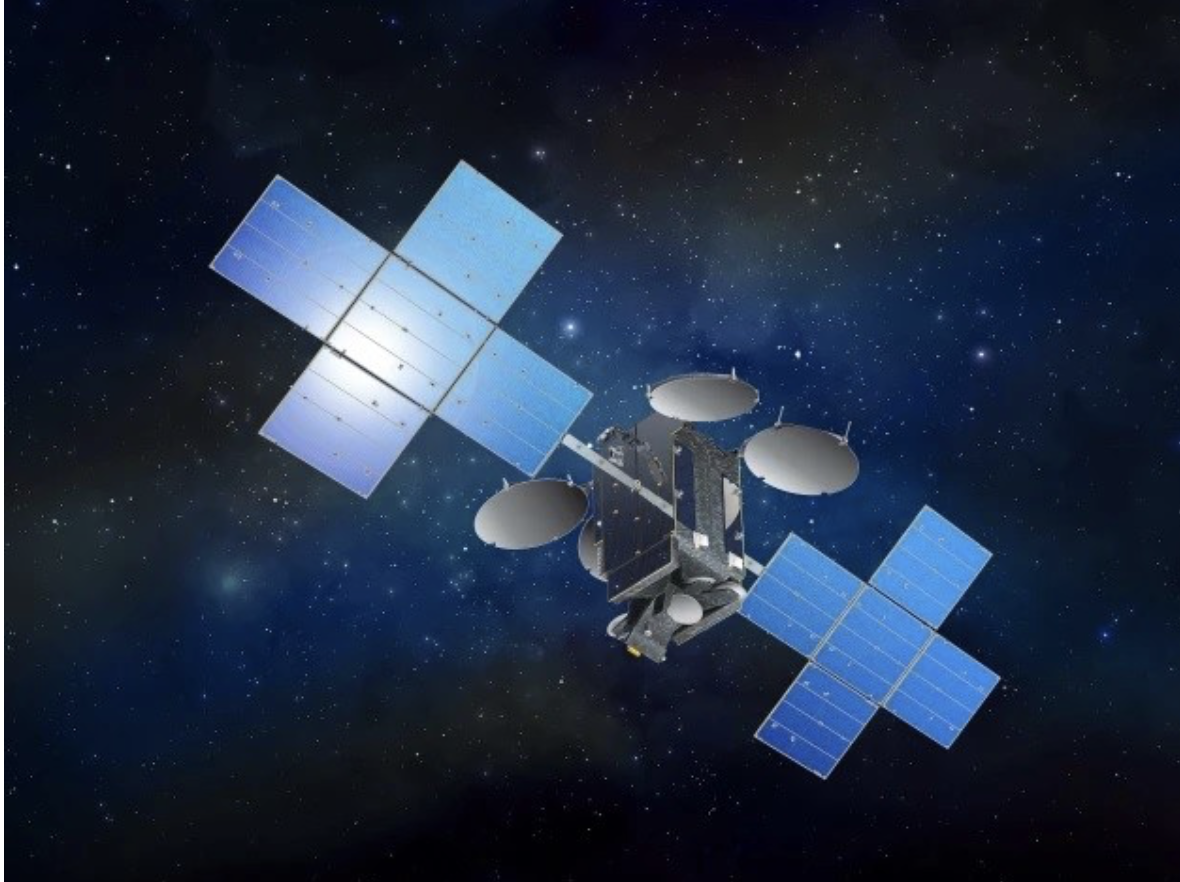 EUTELSAT 7-C will be Eutelsat’s 33rd satellite to be launched by Arianespace since the first mission at its service, which deployed EUTELSAT-1 F1 in 1983.

EUTELSAT 7C is a high-power broadcast satellite for markets in Africa, Europe, the Middle East and Turkey. It is equipped with 49 36-Mhz equivalent Ku-band transponders and will be located at Eutelsat’s 7 degrees East position.