SpaceX’s Dragon spacecraft landed in the California ocean returning dozens of research investigations sponsored by the International Space Station (ISS) U.S. National Laboratory, and with it a variety of investigations in the life and physical sciences. 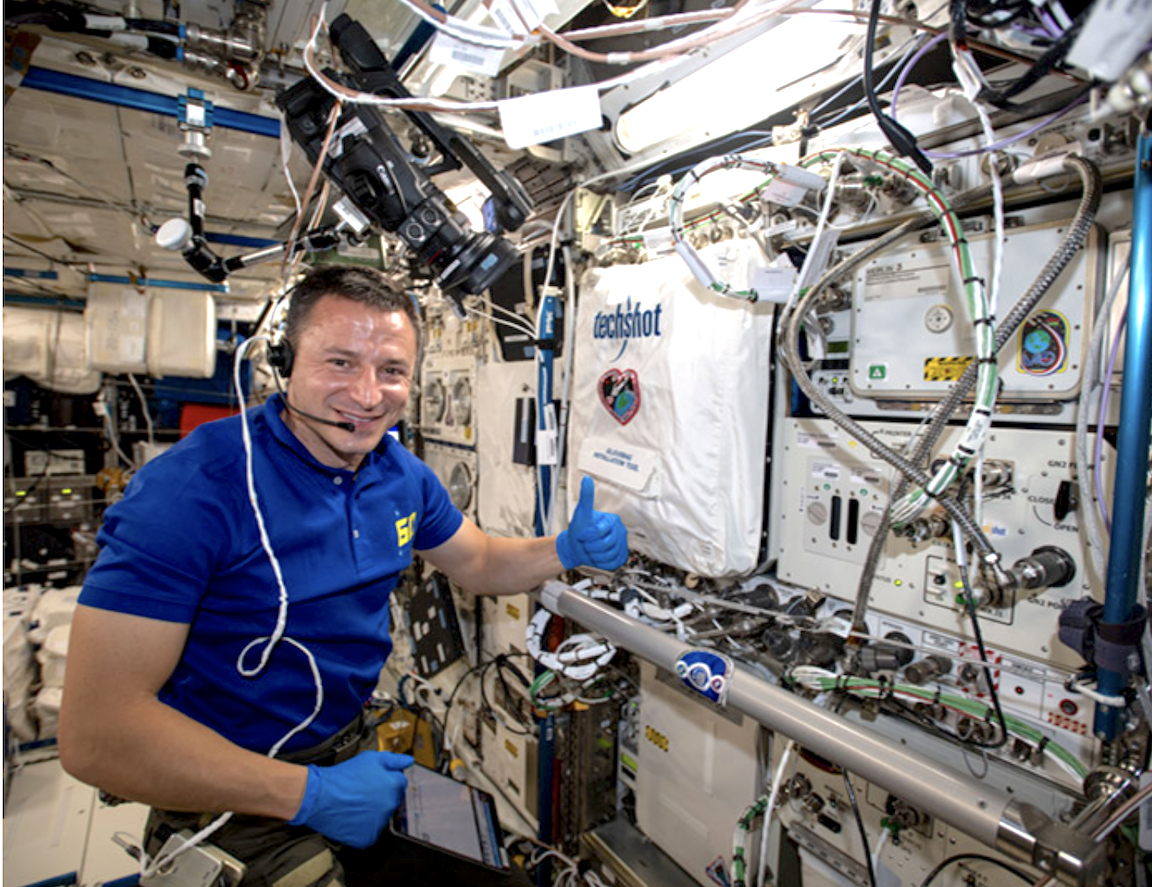 NASA astronaut Andrew Morgan works on setting up the BioFabrication Facility to test-print tissues as part of an investigation into whether human organs can be 3D printed in the weightless environment of space.
Image courtesy of NASA

The successful splashdown and science return marks the completion of SpaceX’s 20th commercial resupply services (CRS) mission to the space station (contracted by NASA) to send critical research and supplies to the orbiting laboratory. The Dragon spacecraft spent approximately 30 days berthed to the space station before returning to Earth.

Included are biological samples returning from a rodent research investigation sponsored by Baylor College of Medicine that launched to the space station on Northrop Grumman CRS-12 in 2019. This experiment is aimed at exploring the effects of microgravity on circadian rhythm and how disruptions to this internal clock affect metabolism. By using an animal model in space, where circadian rhythm is disrupted, this investigation will contribute to our understanding of human metabolic disorders such as liver disease, diabetes, and illnesses associated with obesity.

Also returning on this mission is America’s first bioprinter on the ISS—the BioFabrication Facility from Techshot—that launched on SpaceX CRS-18 in 2019. In addition to updating the bioprinter, the Techshot team will also evaluate the physical properties of a knee meniscus printed in microgravity. 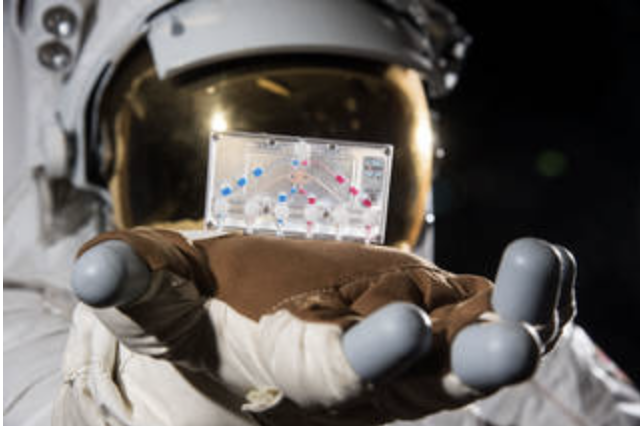 Made of flexible plastic, tissue chips have ports and channels to provide nutrients and oxygen to the cells inside them. Credits: NASA

The National Center for Advancing Translational Sciences, part of the National Institutes of Health, has sponsored a series of tissue chip investigations over the past two years in collaboration with the ISS National Lab. The Tissue Chips in Space initiative is a multiyear, multiflight program that aims to advance understanding of human diseases, with the goal of translating findings into potential new treatments to improve health on Earth. SpaceX CRS-20 will return two more Tissue Chips in Space investigations for analysis back on the ground.

One investigation, from Boston-based biomedical company Emulate, is examining the immune response to disease-causing bacteria in an innervated intestine chip. Results will provide new insight into microgravity’s effects on immune response and how the human immune system may be fortified during times of stress. The other investigation, from the University of Washington and Johns Hopkins University, is examining microgravity’s effects on the structure and function of heart tissue chips to help improve understanding of heart disease back on Earth.

Another investigation using heart muscle cells will also return on this mission. Emory University led a study on the growth and maturation of cardiomyocytes (specialized heart muscle cells) in microgravity for use in regenerative medicine, disease modeling, and drug discovery. Also returning is an investigation from Rhodium Scientific studying the effects of radiation and microgravity on the co-evolution of a phage (a virus that infects bacteria) and its host bacteria, toward the development of novel antibacterial therapies.

This is a small snapshot of investigations returning on SpaceX CRS-20. To learn more about this mission .