Spaceflight's SEOPS-2 Mission with Three Smallsats to Travel to ISS 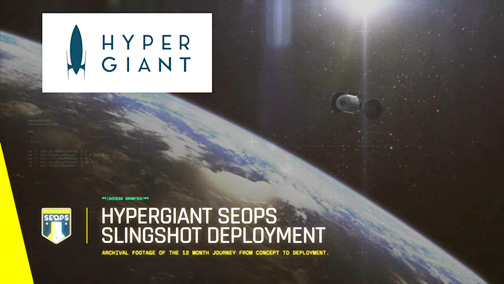 Spaceflight, in conjunction with Hypergiant SEOPS, will be launching three cubesats from the International Space Station (ISS) and Northrop Grumman’s Cygnus spacecraft in early January.

The payloads will travel to the ISS through a NASA Commercial Resupply (CRS) mission aboard a SpaceX Dragon scheduled to launch atop a Falcon 9 from Cape Canaveral Air Force Station on December 4. The payloads are expected to reach the ISS several days later. Once they arrive, the ISS crew will transfer the cargo from the Dragon to the ISS, where it will be stored for several weeks until the Cygnus cargo vehicle is prepared to depart the ISS. 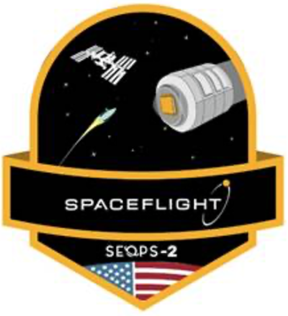 At that time, astronauts will mount the dispensers with the satellites already attached on the Cygnus hatch bulkhead. Once the ISS side-hatch is closed, the space between the ISS and Cygnus spacecraft is depressurized. The ISS robotic arm will then unberth the Cygnus from the ISS. Cygnus will maneuver itself to a higher orbit (450-500 km altitude, 51.6-degree inclination) and then deploy the satellites in January.

Spacecraft on Spaceflight’s SEOPS-2 mission include:

Spaceflight has named the mission SEOPS-2, but it is also referred to as ISS SpX-19/NG-12, representing the two CRS missions converging at the ISS (a SpaceX Dragon and a Northrop Grumman Cygnus). Spaceflight and Hypergiant successfully executed a similar mission, dubbed SEOPS-1, in August of 2019 which took three spacecraft to orbit.

This will be Spaceflight’s seventh mission this year. In 2019, Spaceflight will launch nearly 50 spacecraft from four different launch vehicles. Other noteworthy missions from this year include Spaceflight’s GTO-1, which deployed the first commercial lunar lander aboard a SpaceX Falcon 9 and its first three missions with Rocket Lab. The SEOPS-2 mission will launch about one year after the Spaceflight’s historic dedicated rideshare mission, SSO-A, which successfully launched 64 unique smallsats, making it the single largest deployment of satellites from a U.S.-based launch vehicle.

Curt Blake, the CEO of Spaceflight, said this unique approach to launch from the ISS has proven to be a valuable option for customers looking for a high-altitude deployment. After the success of the company's SEOPS-1 mission,Spaceflight was eager to execute another with Hypergiant. These launches are particularly appealing to customers due to the reliability of the launch vehicles, cost-effectiveness and consistency in the launch schedule.

Chad Brinkley, Chief Space Officer at Hypergiant, added that it is a privilege to help the U.S. government, students and scientists improve everyone's ability to live, work and thrive on Earth through these deployments with Spaceflight, SpaceX, the ISS, and Northrop Grumman.