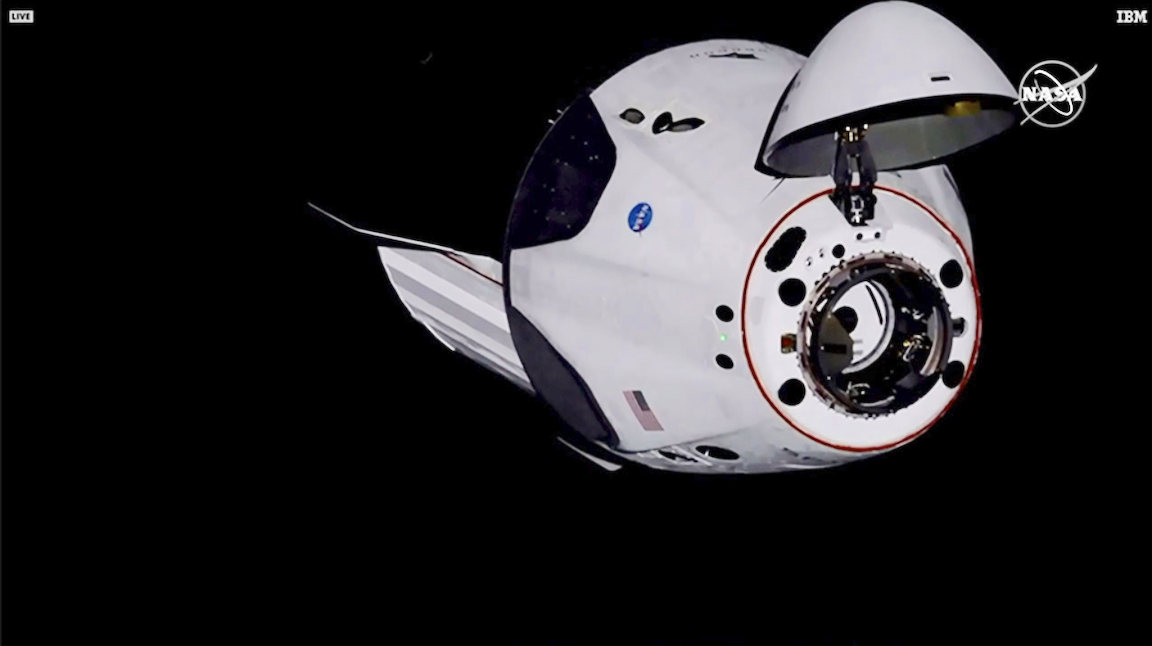 Early this morning, a SpaceX Dragon spacecraft approached the International Space Station (ISS). While many Dragon spacecraft have berthed with the orbiting laboratory over the years to deliver supplies, this one was different. This Dragon carried with it NASA astronauts Douglas Hurley and Robert Behnken. The successful launch of Crew Dragon from Kennedy Space Center yesterday and its docking to the ISS represents the first time NASA astronauts have been launched from U.S. soil since the end of the Space Shuttle Program—ushering in a new era in American human spaceflight.

This SpaceX Demo-2 mission is part of the NASA Commercial Crew Program—a public-private partnership between NASA and American companies seeking to launch American astronauts to low Earth orbit from U.S. soil using American rockets. Yesterday afternoon, millions of people around the world watched as the SpaceX Demo-2 mission took flight from Kennedy Space Center’s historic Launch Pad 39A, the launch site for previous space shuttle and Apollo missions. Looking to the future, Launch Pad 39A will now be an integral part of this new era in American spaceflight seeking to push the boundaries of science in low Earth orbit.

It is important to note that NASA’s Commercial Crew Program will not only bring back the ability to safely launch American astronauts from U.S. soil but also greatly enhance the capacity for scientific discovery onboard the space station. Under the program, both Boeing and SpaceX are developing spacecraft capable of launching astronauts to and from the orbiting laboratory. This capability will allow NASA to send more astronauts on missions to the ISS than has been possible since the days of the Space Shuttle Program. The result: astronauts will be able to spend more time working on science and technology research and development in space—helping to establish a sustainable market in low Earth orbit while also providing value and knowledge to our nation.

“Congratulations to our partners at NASA and SpaceX on this historic mission that restores our ability to send American astronauts to the International Space Station from American soil,” said Center for the Advancement of Science in Space Chief Operating Officer and NASA Liaison Ken Shields. “Through the Commercial Crew Program, along with the Commercial Resupply Services Program, NASA has demonstrated tremendous leadership in forging new public-private partnerships that will lead to the acceleration of research programs that provide value to our nation and will help foster a vibrant and sustainable economy in low Earth orbit.”

The success of this SpaceX Demo-2 mission serves to reignite the passion for American spaceflight and to remind us of the vast possibilities that exist when we look to the skies. With NASA’s Commercial Crew Program and this successful initial launch, space is about to get much closer than we ever imagined possible.