NanoAvionics is Making Major Moves into the U.S. 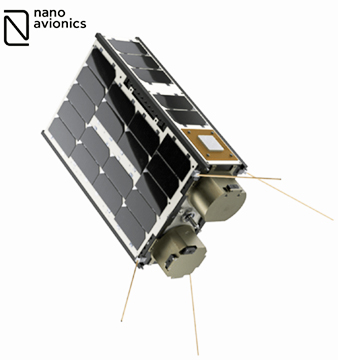 NanoAvionics is preparing to move a significant portion of its research, development and manufacturing activities to the United States in the next year.

In July, NanoAvionics hired F. Brent Abbott, a veteran of Atlas Space Operations, ÅAC Microtec U.S. and Surrey Satellite Technology U.S., as the firm's new NanoAvionics North America CEO.  The company is eager to enter the U.S. market because about 50 percent of the global demand for smallsats comes from U.S. customers. In addition, some U.S. government customers are required to buy satellites manufactured in the United States.

In the competitive small satellite market, NanoAvionics is growing rapidly. In the last year, the company has doubled its staff and revenues jumped four or five-fold. In June, NanoAvionics, Norway’s Kongsberg Satellite Services and Antwerp Space of Belgium announced they raised $10 million euros ($11.23 million) for an on-orbit demonstration of an Internet-of-Things (IoT) satellite constellation.

NanoAvionics executives say the firm will offer the lowest price on radiation tolerant six and 12-unit cubesats. The satellites are built and tested for orbital lifespans of five years. With redundant systems, the satellites could last ten years, Abbott said. NanoAvionics does not publicly share spacecraft prices.

In April, two firms building IoT constellations, Blink Astro of Atlanta and Lacuna Space of the United Kingdom, launched payloads on NanoAvionics’ M6P nanosatellite buses. Lacuna Space announced an agreement in July to purchase another NanoAvionics M6P smallsat bus, which it plans to launch in the fourth quarter of 2019.