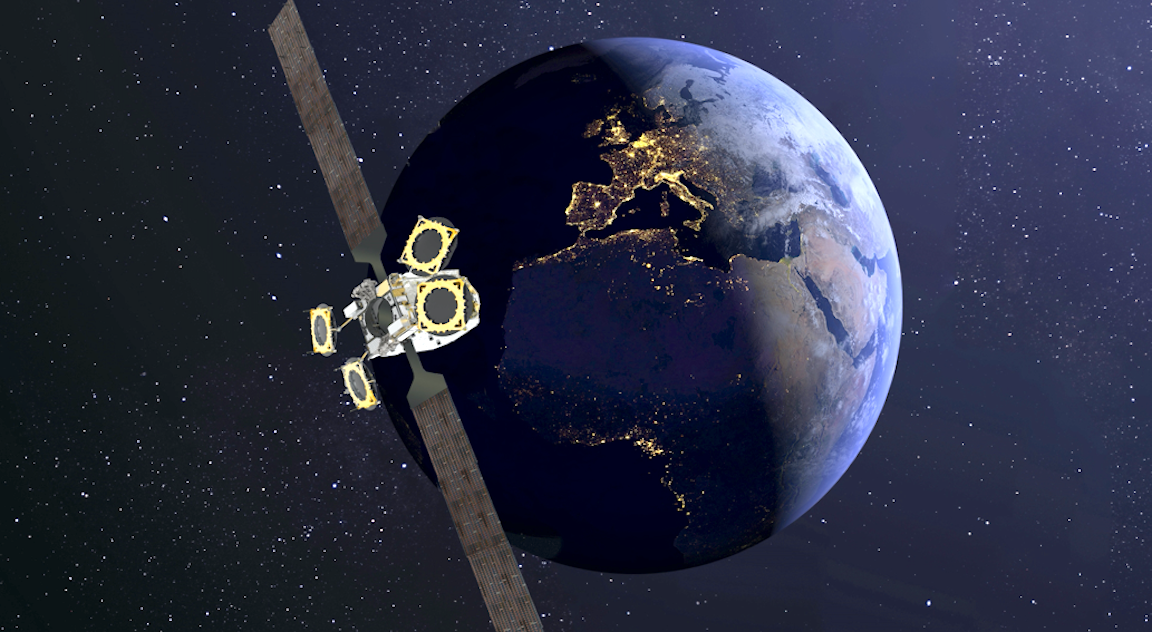 A great day when all goes as it should at a satellite launch and so it was with Thales Alenia Space's satellite. Following is the company's announcement.

Operational this autumn, EUTELSAT KONNECT will offer a throughput capacity of 75 Gbps, and provide high-speed internet access up to 100 Mbps for both companies and individuals. In Africa, it will also be used in conjunction with public Wi-Fi terminals so that several users can share internet access, which will be marketed as coupons that can be paid using a mobile phone. 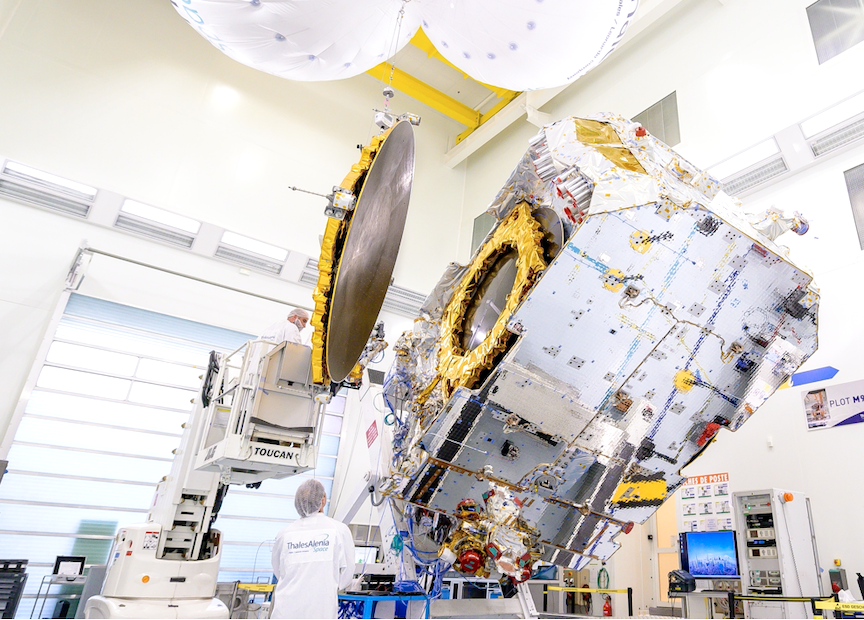 Key to Eutelsat’s growth strategy based on connectivity, EUTELSAT KONNECT will take a lead role in bridging the digital divide within Africa and Europe. The program will shift into a higher gear in 2022 with the presence of the EUTELSAT KONNECT VHTS (very high throughput satellite), currently under construction by Thales Alenia Space.

Featuring all-electric propulsion and operating in Ka-band, EUTELSAT KONNECT is the first satellite to use Thales Alenia Space’s all-electric Spacebus NEO platform, developed within the scope of the Neosat project partnership set up by the European Space Agency (ESA) and its French counterpart CNES. The satellite weighed 3.6 metric tons at launch. It offers a design life exceeding 15 years.

“As the ambassador for our Spacebus NEO product line, EUTELSAT KONNECT draws on a long in-orbit heritage and innovative solutions to offer a fully modular platform featuring a smart payload for Ka-band broadband services that combine flexibility and maximum throughput,” said Jean-LoiÌˆc Galle, President and Chief Executive Officer of Thales Alenia Space. “Along with our customer Eutelsat, we share a joint vision in terms of reducing the digital divide worldwide, to offer connectivity to all. I want to thank Eutelsat for entrusting us with this satellite, as well as all those who contributed to this success, including Arianespace, ESA, CNES and Thales Alenia Space teams. Today’s launch is a technological success, but it’s also the result of the ongoing support for Neosat development by the European and French space agencies, plus the French government’s Investment in the Future Plan, in the very high throughput segment.”