Defense Contractors are Hiring for the Space Force: Here Are the Jobs! 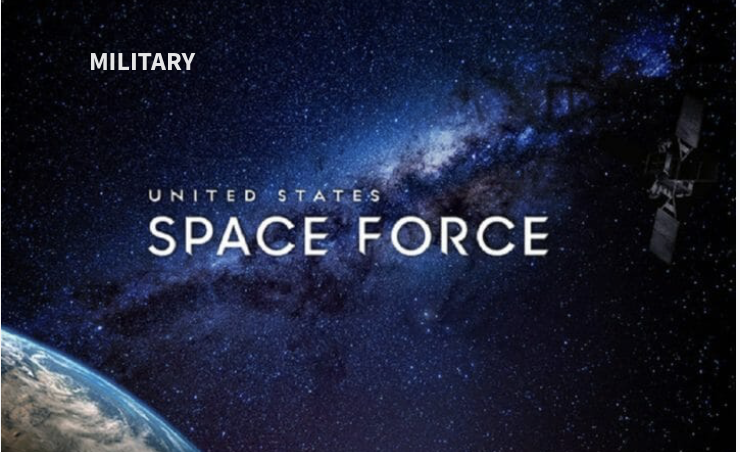 Earlier this month, ClearanceJobs rounded up the job areas about to see a surge of demand thanks to the newly official and finally funded U.S. Space Force. Since then, details about the newest branch of the armed forces have rocketed in every direction, including its proposed 2021 budget, with implications for what it will mean for defense contractors, and contracting jobs in particular.

But first, the state of things. Notable Space Force news includes the appointment of the first top enlisted noncommissioned officer to the service: Chief Master Sgt. Roger Towberman, transferring from the Air Force and previously the top senior enlisted member of U.S. Space Command. Brass in the National Guard, meanwhile, are angling hard for the Department of Defense to establish what role the guard would play as it relates to the new service.

Major General David Baldwin, adjutant general of the California National Guard, was direct with reporters, saying: “We are strongly advocating for a Space National Guard.” As SpaceNews reports, the Defense Department is afraid that once the National Guard pandora’s box is opened, every state is going to want its own Space Guard, because it’ll bring oodles of dollars to state coffers. (These sorts of predicted, spiraling defense expenses were one of the chief arguments against a Space Force in the first place, but, details, am I right?)

Meanwhile—and ClearanceJobs was all over this—the Space Force has no idea what to call its members, nor what their ranks should be. (We also called the gender-neutral name requirement, i.e. Spaceperson Brown as opposed to Spaceman Brown.)

The obvious solution to this is to go with a sort of hybrid Army/Navy system. Navy for the officer’s ranks (one day—maybe a century from now, but one day—the Space Force will have a crewed vessel, and you want Captain Kirk in the big chair; not Colonel Kirk), and Army for the enlisted ranks, private through command chief sergeant major. My only argument against this is that there are enough sergeants major in the world.

As for a catchall name—e.g. “sailor” or “airman” or “soldier”—I like “mercuries,” which 1. Honors the military heritage of the Mercury program, which put the first Americans in space, 2. Comes from Mercury, the fastest of the Roman gods—speed being essential for an organization concerning itself with missile defense, 3. Already has a space connotation with the planet Mercury, and 4. Just sounds great in a war context: “Yesterday the Space Force mobilized a squadron of mercuries to deal with the growing threat to… whatever.” I am not allowed to submit this because I am a civilian, but if YOU, dear reader, are a member of the Air Force, you can! The submission form is here. And I want credit, though we can discuss that later. Once you submit, let me know in the comments.

The most important Space Force news to emerge in the last two weeks has been the release of the president’s budget request which finally delivers unto the Space Force big dollars to do big things. And by big, I mean big: $15.4 billion. Note that these are not fifteen billion new dollars going to national defense. Rather, that funding was previously allocated to the Air Force for space activities and transferred to the new service branch. During the shaping of the budget, the likely priorities and needs of the Space Force were taken into account. The upshot is that for the first time, we have a solid look at what the Space Force will be doing, but more importantly, the sort of defense contracts the branch will be pursuing.

And it is exciting stuff.

In 2021, the White House is asking for $10.3 billion for Space Force “Research, Development, Test, and Evaluation” costs. This is just what it sounds like, and among the programs in its aegis: space situational awareness systems; next-generation GPS nodes; military satellite communications systems; missile defense radars; space-based nuclear detonation detection systems; and rapid technology development programs.

Space Force procurement funding reaches $2.4 billion. Some of those procurements include the completion of the advanced extremely high frequency (AEHF) satellite system, which are geostationary spacecraft that relay signals for U.S. and allied military services. Another is the GSIN, or: Global Sensor Integrated on Network, which is used for integrating disparate sensor data for a real-time portrait of what is happening during a “missile event,” e.g. total thermonuclear war.

Operations and maintenance costs for the Space Force round out at $2.6 billion. This includes launch services and space operations; base support; communications, command, control and intelligence (C3I) mission operations; and mission training.

The aforementioned next-generation GPS system—GPS III—is being built by Lockheed Martin. The next of its nodes (GPS is a constellation of satellites) will be launched by the Space Force in April. Notably, or at least, intriguingly, the spacecraft was transported to Cape Canaveral Space Force Station on an Air Force C-17—a glimpse of one small way that the services will work together.

As all of this relates to contractor jobs, the thing you have to remember—the thing that will be the lodestar of the big contracts going forward for the Space Force—is that spacecraft development and launch services businesses are everything when it comes to the future of the branch. That might seem obvious, but it isn’t necessarily so. Remember: Don’t think of launches and satellites as we have for the last fifty years—big beasts in orbit, launched infrequently but performing technological miracles. No, think of multiple launches every week, and perhaps soon, every day, launching thousands of satellites, a dozen or more at a time. The only analogue to what the space revolution has in store is the Internet circa 1995. One year earlier, nobody had heard of it. One year later, it was everywhere, all the time.

The ClearanceJobs database of contractor jobs is seeing Space Force positions beginning to appear. (Bookmark that link because those numbers will grow by orders of magnitude in the coming months.) And what do those jobs relate to? Satellite communications, as is funded in Space Force procurement numbers. Mission design, as you see for such things as C3I operations. Space operations, which involves just keeping those spacecraft running in orbit (funded by the “operations” part of the budget).

Research and architecture development—these are particularly interesting. Companies like SpaceX have made the cost of access to space dirt cheap, and SpaceX itself is planning to launch constellations of tens of thousands of satellites—great global networks talking to each other and to the planet below. The satellites are relatively small and cheap. The same sort of thing is beginning to happen for weather satellites—we stand on the precipice of a new understanding of forecasting determined by the volume of data soon to be available.

(For example: the “Hurricane Hunters” out of Keesler, who fly WC-130J planes into ongoing hurricanes, will soon be a thing of the past—or at least, a supplement to a satellite constellation that can do the work safely, and passively.)

The Space Force—which has run launch operations for those very SpaceX satellites—will be on the lookout for what else we can put in space in large numbers, distributed and thus safe from, say a couple of anti-satellite missiles.

Other Space Force jobs in the database include cybersecurity—you’ve got to keep those systems safe on the ground, and perhaps more pressingly, that satellite software safe in orbit. This field is only going to grow more important for obvious reasons. In many ways, space is the wild west of cyber: many of the fundamental technologies driving the American space program were developed and implemented before cybersecurity was a word, let alone a thing people worried about.

Lastly, as the United States begins to play fast and loose with nuclear arms treaties, strategic sensorsaren’t exactly going to go away as a vital national security technology. Which is, in some way, fitting and tragic. The Space Race was founded, after all, on the drive to develop intercontinental ballistic missiles for nuclear war between the U.S. and Soviet Union. Seventy years later, we are still keeping watch for those very weapons.

Those are but a few of the jobs for which cleared workers can now start sending resumes. But there are more to come. Note that the Space Force’s actual retail price is about $16.2 billion; branch personnel cost another $800 million atop the $15.4 billion figure, but that money remains with the Air Force because the Space Force lacks an accounting system able to handle it. This is the primary reason why, earlier, this month, ClearanceJobs listed accounting as being a huge job opportunity for prospective Space Force employees.

And on that note, and on the note of the above engineering-heavy fields, know that it’s not too late to get your degree in accounting—and you can do it online from such accredited and respected universities as the University of North Carolina at Chapel Hill. ClearanceJobs covered other online degrees you could earn while keeping your current job. And on the list? A skill that Space Force contractors are begging for: aerospace engineering.

For the Space Force, the sky is not the limit. This is your chance to be a part of it.