Orbital Micro Systems (OMS) has been selected to provide the pathfinder mission payload for the initial launch of the UK Spaceflight Program.

The announcement was made at the Farnborough International Airshow in England. The UK Spaceflight Program is an innovative initiative to create a world-leading commercial launch market that grows the UK economy through regular, reliable, and responsible access to space. 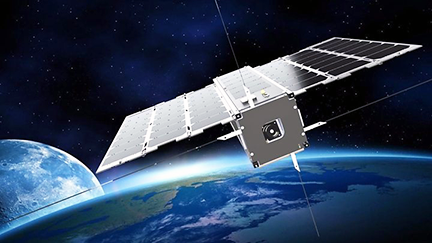 Orbital Micro Systems, in partnership with Lockheed Martin and other UK-based firms, will create and fly a UK-built pathfinder spacecraft for an initial launch planned for the early 2020s. The mission payload will include OMS’s miniaturized microwave radiometer instrument that provides highly accurate temperature, humidity, and precipitation data that will add to the vast array of weather observations taken every day.

OMS has also spearheaded the formation of a consortium of business and academic data science and analytics experts from the UK and the US to create a commercial entity that will deliver highly accurate satellite-based analytics-ready weather data for commercial use. Targeting general availability in the first quarter of 2019, the consortium will offer both raw and pre-processed data to businesses and government agencies worldwide.

William Hosack, CEO of OMS said that this project reinforces Orbital Micro Systems’ place in this industry as an innovator of flexible, business-driven space-based observation and data collection, which will lead to more frequent and accurate weather observations that will greatly improve safety, security, and prosperity around the globe. The United Kingdom has a wealth of resources: Well-funded facilities, an educated and inventive workforce, and strong government support that positions the country as a market leader in the growing space economy.