Arianespace to Launch the Ovzon-3 Satellite

With offices in Sweden and the United States, Ovzon is dedicated to meeting the demand for increased mobile broadband connectivity in underserved regions.

Ovzon-3 will have a mass at liftoff of approximately 1,500 kg. and will be placed in geostationary transfer orbit by an Ariane 5 launch vehicle in 2021 from the Guiana Space Center, Europe’s Spaceport in French Guiana (South America). 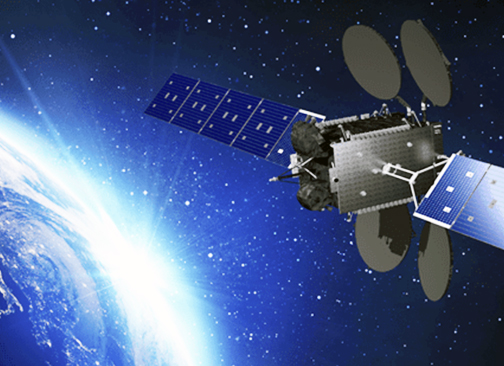 Image is courtesy of Maxar.

The next generation Ovzon service is based on complete end-to-end proprietary components and patented technology. Ovzon-3 will significantly increase service performance, lead to new types of services, enable the use of even smaller terminals, expand coverage areas and increase the amount of available bandwidth. As a result, Ovzon is to offer a revolutionary mobile broadband service via satellite that combines high bandwidth satellite communications services with highly mobile terminals.

Following the contract signature, Magnus René, CEO of Ovzon AB, said that Arianespace has won the company's confidence for this first launch. Ovzon 3 is an important first step toward fulfilling the firm's strategy to revolutionize mobile broadband by satellite, offering the highest bandwidth with the smallest terminals. Ovzon 3 is the first of a number of satellites planned for global coverage of this high-end service.Ovzon is happy to engage Arianespace and Ariane 5, both synonymous with reliability and excellence for our important first launch.

Stéphane Israël, CEOof Arianespace, added that the company is pleased and honored that Ovzon has entrusted Arianespace with the launch of its first satellite. The mobile broadband connectivity services to be offered with Ovzon-3 are particularly innovative. Ariane 5 will be at the ready for this mission, once again confirming its role as the champion for launches toward geostationary orbit.