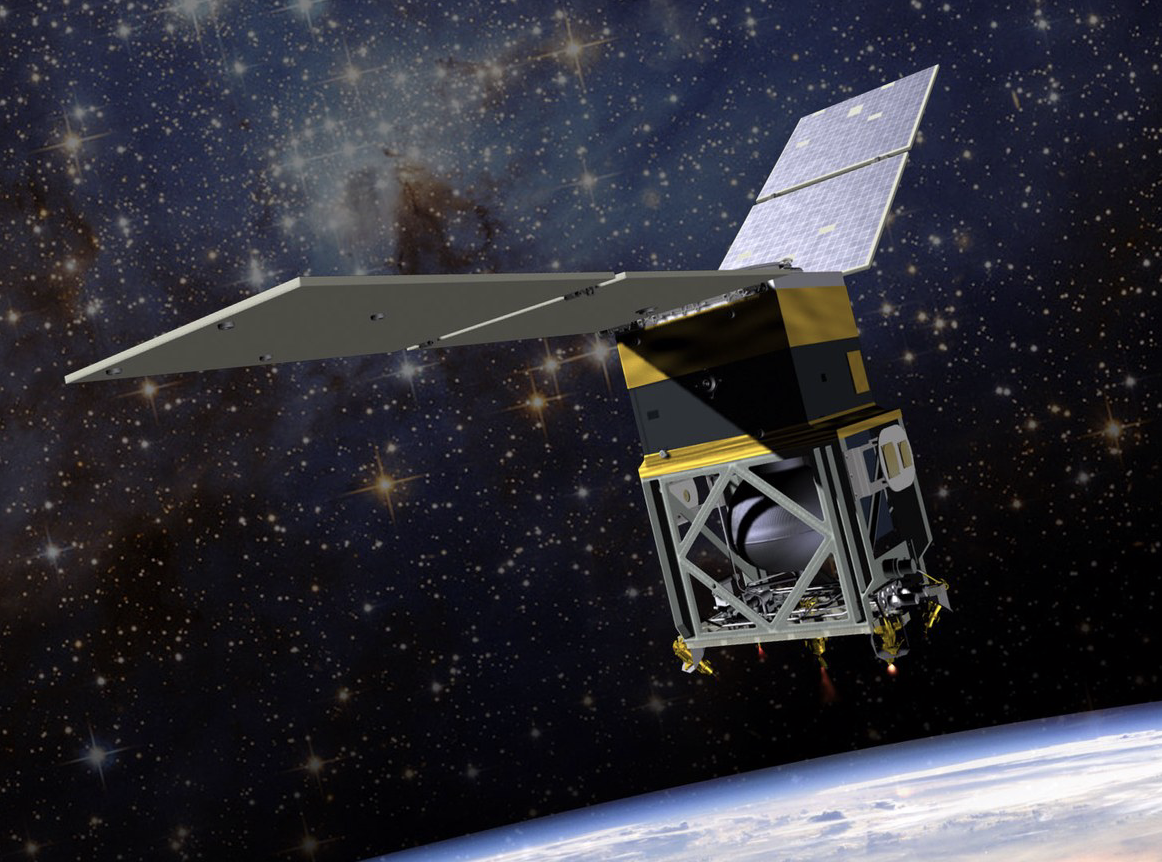 Two decades in the making, a new satellite fuel will get its first test in space. It is safer for humans to work with and makes satellites much more efficient. BALL AEROSPACE

LATER THIS MONTH, a small satellite will hitch a ride on a SpaceX Falcon Heavy rocket for the world’s first demonstration of “green” satellite propellant in space. The satellite is fueled by AFM-315, which the Air Force first developed more than 20 years ago as an alternative to the typical satellite juice of choice, hydrazine. If successful, AFM-315 could make satellites vastly more efficient, shrink satellite deployment time from weeks to days, and drastically reduce the safety requirements for storing and handling satellite fuel, a boon to humans and the environment. Looking to the future, scientists working on the fuel say it will play a large role in helping get extraterrestrial satellite operations off the ground.

Hydrazine is a volatile fuel that will ruin your day—and perhaps your life—if you’re exposed to it. To fuel a satellite you need a lot of safety infrastructure, including pressurized full-body “SCAPE suits” just to handle the stuff. AFM-315, on the other hand, is less toxic than caffeine, so all you need is a lab coat and a pump. “We literally sat in a room next to a plastic jug of it when we were fueling the satellite,” says Chris McLean, an engineer at Ball Aerospace and the project lead on NASA’s Green Propellant Infusion Mission.

Unlike hydrazine, which has a consistency similar to water, AFM-315 is viscous. But its fuel density would increase the “miles per gallon” delivered to a satellite by 50 percent, compared with the same volume of hydrazine. 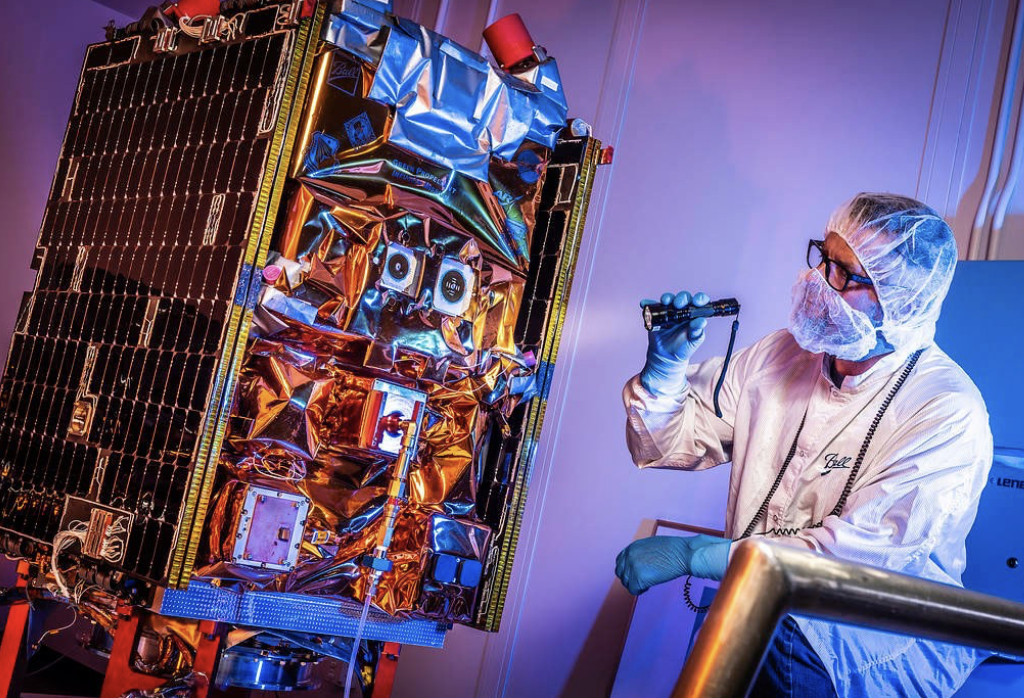 McLean says one of AFM-315’s biggest selling points after safety is the fact that it doesn’t freeze. AFM-315 is a liquid salt, which means that at extremely low temperatures, it undergoes a glass transition instead. This transforms the fuel into a brittle, glass-like solid, but it doesn’t cause the fuel to expand like frozen water or hydrazine. This attribute prevents fuel lines and storage containers from cracking under stress. Moreover, its glass transition point is extremely low, so the fuel wouldn’t need to be heated on the satellite—a big power suck for other missions. McLean says this will make more power available for other instruments or systems on the satellite, which could open up new possibilities in missions to other planets.

But for all its advantages, AFM-315’s journey from conception to launch has been a long one. First developed by the Air Force Research Laboratory in 1998 as an alternative satellite fuel, McLean says it found limited use due to its high combustion temperature, which was about twice that of hydrazine. This required exotic—and expensive—materials to prevent damage to the satellite. By the late 2000s, the cost of manufacturing propulsion systems that could handle the heat from AFM-315 was low enough to make it feasible to use, but no company wanted to risk fueling their satellites with an experimental propellant. If AFM-315 was ever going to be widely adopted by the satellite industry, McLean says, it would have to prove itself in orbit. Thus NASA’s Green Infusion Propellant Mission was born.

Originally slated to launch in late 2015, the green propellant mission got caught up in the delays that plagued the development of the SpaceX Falcon Heavy rocket. On June 24 it is scheduled to fly on the second operational mission of the Falcon Heavy along with several other payloads, including an atomic clock being tested for deep space navigation.

The green propellant satellite bus was developed by Ball Aerospace and is outfitted with four 1-newton thrusters and one 22-newton thruster that will be used to test the AFM-315 propellant. During its 13-month mission it will use the thrusters to perform orbital maneuvers, such as lowering its orbit and changing its attitude or tilt, to test the performance of the propellant.

McLean says there are already customers interested in using the green propellant if the demonstration flight goes well. That means satellites could be flying operational missions around Earth as soon as 18 months after the demonstration. Looking to the future, McLean says AFM-315 could be especially useful for exploring cold regions of the solar system, such as the Martian poles. Looks like the Red Planet just got a little more green.