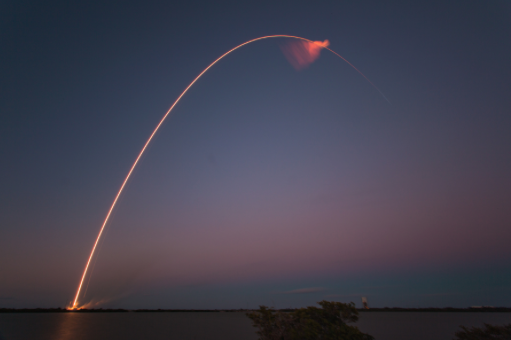 The announcement reads as follows:

SpaceX is scheduled to launch a Falcon 9 rocket from Kennedy Space Center January 7 with the launch window opening at 8 p.m.

Kennedy Space Center Visitor Complex offers the closest public viewing of launches with the purchase of a launch viewing/transportation ticket. Availability of viewing opportunities and locations is dependent upon the scheduled launch time and is subject to NASA and U.S. Air Force approval.