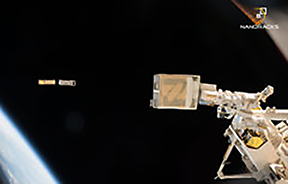 The 14th smallsat deployment from the NanoRacks platform aboard ISS.

Having released nine cubesats into LEO, this mission marks NanoRacks’ 185th CubeSat released from ISS and the 217th smallsat deployed by NanoRacks overall. The cubesats deployed were launched to ISS on the ninth contracted resupply mission for Orbital ATK (now Northrop Grumman Innovation Systems) from Wallops Island, Virginia, in May of 2018.

NanoRacks offered an affordable launch opportunity, payload manifesting, full safety reviews with NASA, and managed on orbit operations in order to provide an end-to-end solution that met all customer needs. The satellites deployed were:

NanoRacks Senior Mission Manager, Henry Martin, said that this mission yet again displays the continued reliability and uncontested consistency of NanoRacks’ cubesat deployment platforms, and what that performance enables. The company's customer base is the epitome of the diverse smallsat market and, following the successful deployment of RemDeb only a couple of weeks ago, this 14th airlock deployment mission shows the critical role NanoRacks continues to play in the growth of the commercial space industry.

NanoRacks is pleased to have to deployed seven satellites that were selected for flight by NASA’s CubeSat Launch Initiative (CSLI) as part of the 23rd installment of the Educational Launch of Nanosatellites (ELaNa) mission, sponsored by the NASA Launch Services Program (LSP). Additionally, NanoRacks is proud to have deployed the first satellites for two commercial startups. 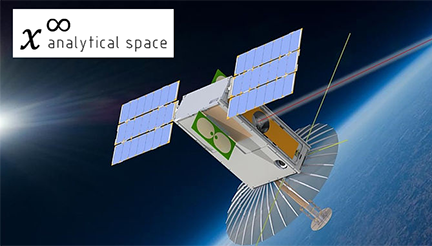 Analytical Space’s primary mission with their CubeSat, Radix, will be a demonstration of an optical data relay system. The satellite has the capability to receive transmissions at various frequency bands from the ground and/or from beta-test customer spacecraft already on orbit and store the data on board. Radix will then downlink the received data to the ground using laser communication. 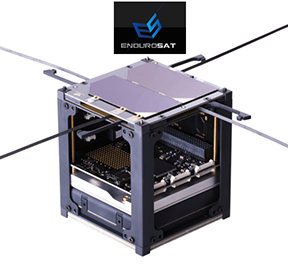 EnduroSat One, the first Bulgarian amateur radio cubesat mission, is a multi-purpose platform engineered for space application and research. The electrical power system and solar panels will provide power for the mission. Two ultra-high frequency Transceivers type II and UHF deployable antenna will deliver a high-reliability communication system for tracking, telemetry and control (TT&C) and data. A network of actuators and sensors will enable spacecraft control and processing capabilities will be provided through the low power consumption and high performance onboard computer.

The satellite deployment times on July 13th were:

The cubesats mounted externally to the Cygnus spacecraft from the May 2018 launch are scheduled to be deployed on Sunday, July 15th, pending nominal operations.