From Spain the European Microlauncher company PLD Space announces they have closed a new funding round of 9 million euros completing its Series A round of 17 million euros.

Among the new investors are the Spanish aeronautical company Aciturri, founded by Ginés Clemente, and the Spanish investment fund JME Venture Capital, led by José Manuel Entrecanales, CEO of Acciona, one of the largest infrastructure and renewable energy companies in Spain.

Raúl Verdú, Chief Business Development Officer of PLD Space said that receiving the confidence of a large aeronautical firm like Aciturri is very important for them. With more than 40 years of experience in the sector, for them they are a reference in the aeronautical industry.

Regarding entering PLD Space as a shareholder, Aciturri’s General Director of Strategy, Álvaro Fernández Baragaño, states that the PLD Space project is a commitment to the space sector that fits perfectly with their diversification strategy, which, in addition to their support as a financial partner, they believe they can provide with their knowledge and technology.

Joaquín Durán, financial advisor of PLD Space said that it is the first time in the history of Europe that a venture capital fund like JME has decided to invest in space launchers, something that until now had only happened in the United States. It is undoubtedly a milestone in the history of the European Venture Capital. 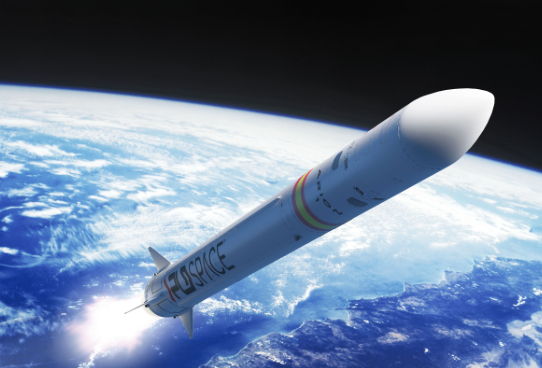 Artistic conception of the ARION 1 suborbital rocket in space

Lourdes Álvarez de Toledo, JME’s Principal, said that they believe that PLD Space will be the first private European company capable of launching a small rocket into space. The small satellite launch sector is growing by leaps and bounds and currently there are no providers in the European market to meet the growing demand. They are strongly committed to PLD Space because it has the team, the partners, and the institutional support to achieve this.

In addition, the previous partners, including the multinational GMV and the ALZIS group, have also decided to invest in this new round, which strengthens their support for PLD Space. In the case of the technology group GMV, which became a stakeholder of PLD Space in December 2016, it once again opts for PLD Space, maintaining its stake in the company and continuing with the development of the avionics of the ARION 1 rocket. GMV’s 12-member technical team, led by Emanuele Di Sotto, GMV’s head of the Launchers and Re-entry Systems division, coordinates the AVIOAR (Avionics for ARION) project which is currently working on the development and qualification of the ARION 1 flight avionics, set to be ready for its maiden flight next year.

At the beginning of the year, PLD Space received financial support of two million euros from the European Commission’s SME-2 Instrument and, in addition, a contract with the European Space Agency for the detailed technical and commercial study of the ARION 2 orbital microlauncher, as well as its future launch base in Europe.

Now, this new financial support will allow PLD Space to start manufacturing two complete reusable ARION 1 rockets that will be ready to fly into space in 2019 from the CEDEA “El Arenosillo” test range in Huelva, belonging to the National Institute of Aerospace Technology (INTA). In addition, PLD Space will expand its propulsion test facilities at the Teruel airport to include testing of more rocket engines and a new test bench for complete rocket stages.

Raúl Torres, CEO and co-founder of the company said that they are in the process of manufacturing their first two space rockets, and they hope to start their integration and testing by the end of this year. It’s the beginning of a new era in their company, very nice but complex, because for the first time, they’re going face to face with building their first space launcher. In fact, they have already started purchasing materials and equipment to manufacture those two vehicles and more than eight rocket engines that will be qualified for the first space launch in PLD Space’s history. In addition, he is proud to say that everything is being developed in Spain: Design, Manufacturing, Integration, Qualification, and the future Launch, which increases Spain’s competitiveness and brings added value to their national aerospace industry, which is strategically important at international level.