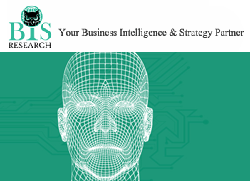 BIS Research has analyzed the global small launch vehicle market and is reporting this market segment generated $166.3 million during 2016 in terms of revenue, which is anticipated to reach $11.37 billion by 2026, growing at a CAGR of 52.57 percent, in their new Global Small Launch Vehicle Market - Analysis and Forecast (2017-2026) (Focus on Payload Ranges and End Users) study.

The small launch vehicle (SLV) market is witnessing a high growth rate owing to increase in deployment of small satellites for commercial end users, surge in demand for smallsat constellations and significant increase in investment of large space organization in developing small launch vehicles. Companies are developing various forms of emerging technologies such as 3D printed electronic components and structure, air breathing propulsion system, electronic propulsion system, and reusable launch vehicles, among others, to develop cost effective SLVs. This, in effect, is expected to increase competition in the near future as well as facilitate the utilization of small launch vehicle for small satellite space missions.

Some of the key topics covered in this report:

Request a sample of this report by accessing this direct link...