The 747 carrier aircraft Cosmic Girl will prepare to take off from Mojave Air and Space Port, fly out over the Pacific ocean and release the two-stage, orbital rocket, LauncherOne — which will then proceed to ignite its engine in mid-air for the first time.

This Launch Demo marks the apex of a five-year-long development program. On this journey to open up space for everyone, Virgin Orbit has conducted hundreds of hotfires of the engines and the rocket stages, performed two dozen test flights with the carrier aircraft and conducted countless other tests of every bit of the system that could be tested on the ground.

Launching from the Earth to space is difficult — thousands of components all need to function as planned, while controlling high energy and flying at incredibly fast speeds. The vehicle’s structures must be robust enough to tolerate traveling at up to 18,000 mph without disintegrating; the temperatures and pressures of its propellants can’t be too high or too low; every internal valve must click open and closed in perfect synchronicity…  there’s a long list of factors that need to line up in order to make it all the way. The company is mindful of the fact that for the governments and companies who have preceded us in developing spaceflight systems, maiden flights have statistically ended in failure about half of the time.

In the future, the goal of the launches will be to deploy satellites for a new generation of space-based services. For this Launch Demo, though, the goal is to safely learn as much as possible and prove out the LauncherOne system the company has worked so hard to design, build, test and operate.

The instant the Newton Three engine ignites, Virgin Orbit will have done something no one has ever done before — lighting an orbital-class, liquid-fueled, horizontally-launched vehicle in flight. If LauncherOne reaches an altitude of 50 miles on this mission, it will be the first time this kind of launch system has reached space.

The mission will continue for as long as possible. The longer LauncherOne flies, the more data can be collected. Should the historical odds be defied and if this becomes one of those exceedingly rare teams to complete a mission on first attempt, the company will deploy a test payload into an orbit, take the data and then quickly de-orbit so as not to clutter the heavens. 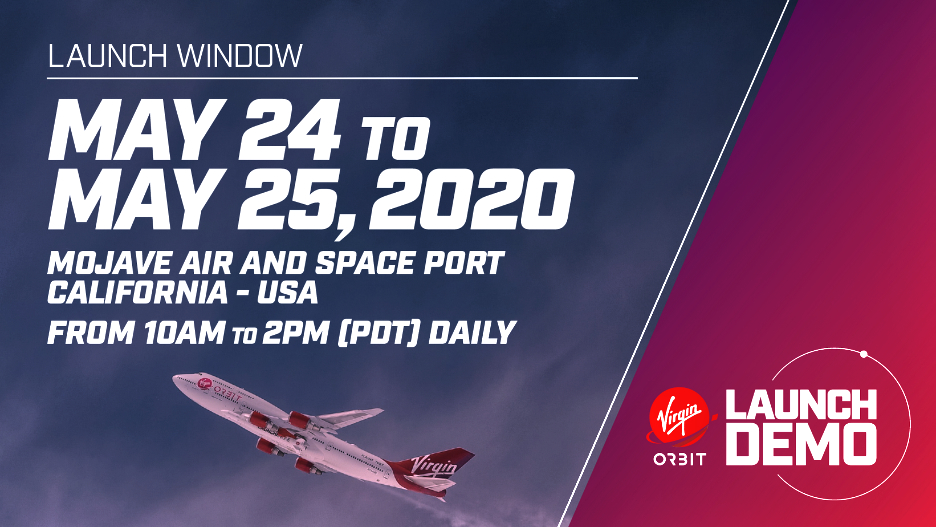