Luxembourg's plans to launch a second military satellite have passed a vote in Parliament — the MPs backed a law to acquire, launch and operate a satellite to meet the country's defense needs. 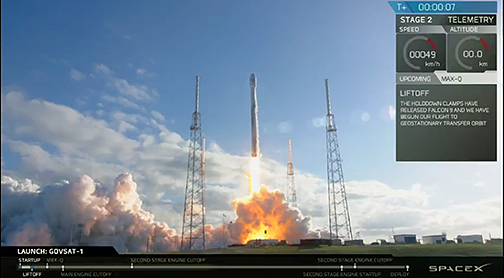 The launch of GovSat-1.

Image is courtesy of SpaceX.

The bill was adopted with 58 votes in favor and two against which were derived from The Left MPs. Funding will occur over 14 years for the satellite and the ground observation facility through a 170 million euros investment. This yet-to-be built military satellite is expected to launch in 2020 and will be used to detect risks for the national defense forces as well as engage in emergency observation missions that would include all manner of natural disasters.

The first Luxembourg — GovSat — was launched through a partnership of the government and satellite operator SES in January of 2018. This on orbit platform will enable Luxembourg to engage in defense efforts as a NATO, European Union and European Space Agency member.