Subject to U.S. Government regulatory approvals, Virgin Orbit’s unique and responsive system — which uses a 747 widebody jet as a “flying launch pad” for its rocket — will complement existing Japanese ground launch vehicles, enabling near-term access to space by the private sector, helping to grow the country’s burgeoning small satellite ecosystem, and helping to elevate Japan as the premier space transport hub in Asia.

The Memorandum of Understanding (MOU) charts out a long-term partnership between ANA HD and Virgin Orbit, further strengthening ties between the U.S. and Japan for cooperative, peaceful space activities. Under the terms of the agreement, ANA, which maintains the largest airline fleet in Japan, will evaluate the capabilities to provide aircraft and ground support equipment maintenance and potentially additional aircraft to support Virgin Orbit’s local launch operations, as well as logistics and transport services for Virgin Orbit’s broader launch operations across Asia. ANA HD and Virgin Orbit will also partner with Space Port Japan to select and stand-up an ideal launch site to host LauncherOne operations in Japan. 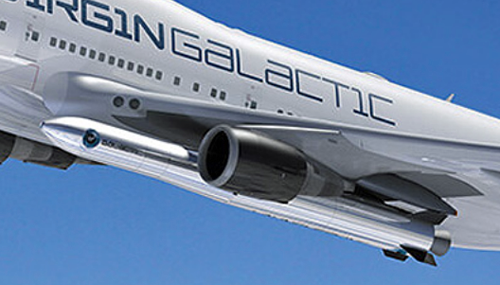 Virgin Orbit’s LauncherOne system is now in the final phases of testing, after successfully demonstrating all major assemblies with multiple flight vehicles in production. Having just entered its final series of captive carry flights with a test rocket mated to the wing, Virgin Orbit is on track to conduct its first orbital test flight later this year.

By using a modified 747-400 aircraft as its “flying launch pad,” Virgin Orbit gains the ability to quickly transport the entire launch site to new locations around the world, launching each satellite from the optimal location. This mobile approach to launch substantially reduces the expense required for infrastructure at each launch site. The Mojave Air and Space Port is the California launch site that will be home to the company’s first orbital launch later this year, as well as subsequent launches to high inclination orbits. Other spaceports — both new and established — have announced that they are working to prepare themselves for future missions of LauncherOne, including the Kennedy Space Center in Florida, Andersen Air Force Base in Guam, Spaceport Cornwall in the United Kingdom and the Taranto-Grottaglie Airport in Italy.

Virgin Orbit CEO Dan Hart said Japan has long been a global source of innovation and a leader in space, and with the small satellite market growing so impressively, the company is seeing countless new satellite applications and businesses emerge in the region. With this new partnership, Virgin Orbit is excited to bring LauncherOne’s unique responsiveness and flexibility to Asia for the first time. ANA has the respect and trust of customers around the world — and Virgin Orbit looks forward to working closely with them to stimulate the small satellite market in Japan.

Toyoyuki Nagamine, Senior EVP of ANA, added that the company is proud to partner with fellow companies like Virgin Orbit that are also on the cutting edge of innovation. Space is open for everyone going forward and Virgin Orbit represents a new era of space capabilities. This collaboration plays to the strengths of each of the companies and will allow both ANA HD and Virgin Orbit to strengthen international ties for space activities while working towards important goals that will have a real impact on the world all share.