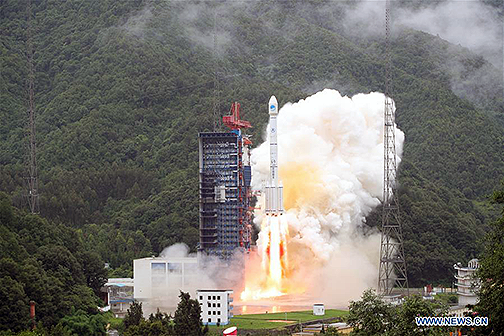 Photo is courtesy of Xinhua.

China on Sunday launched twin satellites into space via a single carrier rocket to continue the nation's intensive launches of BeiDou satellites.

These twin satellites are the 33rd and 34th of the BeiDou navigation system and they entered orbit more than three hours after the launch. After a series of tests, these platforms will work together with the eight BeiDou-3 satellites that are already in orbit, according to the launch service provider.

A basic system with 18 BeiDou-3 satellites on orbit will be in place by the year's end, — this constellation will serve countries that are participating in the China-proposed Belt and Road Initiative. Named after the Chinese term for the Big Dipper, the BeiDou system started serving China in 2000 and the APAC region in 2012. When completed, the BeiDou satellite throng will be the 4th global satellite navigation system.