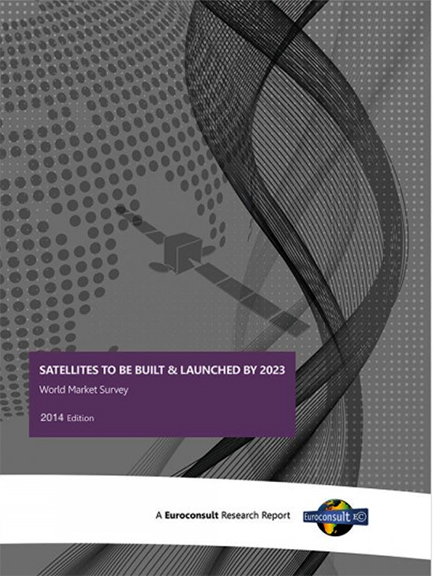 [SatNews] According to Euroconsult's newly released report, Satellites to be Built & Launched by 2024, 140 satellites with launch mass over 50 kg will be launched on average each year over the next decade for governments and commercial companies. In comparison with last year's forecast, the number of satellites is due to grow more than the market value over the decade.

"The increase in satellite number would be significantly higher if two mega-constellation projects for small communications satellites were included in the forecast," said Rachel Villain, Principal Advisor at Euroconsult and editor of the report. "The 1,400 satellite count over the decade already includes 350 satellites to be deployed by ten commercial constellations into low or medium Earth orbits for communication or Earth observation."

Governments in 60 countries will be responsible for 75 percent of the $255 billion in revenues expected from the manufacturing and launch of these 1,400 satellites over the next decade. Governments dominate the space industry as established space countries replace and expand their in-orbit satellite systems and more countries acquire their first operational satellite systems, usually for communications & broadcasting or for Earth observation & imagery intelligence. Nearly 90 percent of the government market will remain concentrated in the ten countries with an established space industry—the U.S., Russia, Europe (France, Germany, the U.K., Italy and Spain), China, Japan and India. The other 50 countries engaged in space activities will launch twice the number of satellites that they did in the past ten years, i.e. about 200 satellites. Over half of these satellites will be procured from foreign manufacturers as domestic industry capabilities develop in these countries. 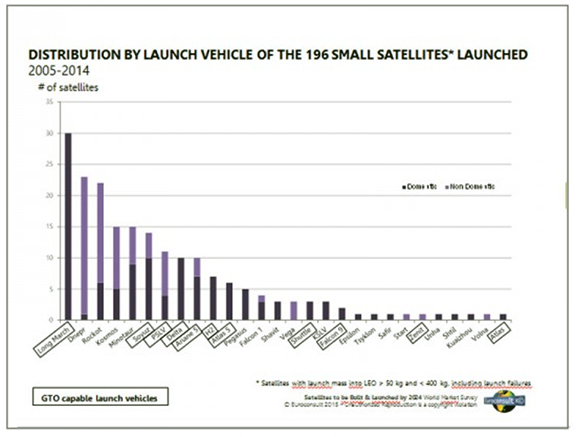 In the commercial space sector, Euroconsult anticipates a total of 550 satellites to be launched over the decade by 40 companies. Most of these satellites will be for the replacement of the communications capacity currently in orbit—80 percent of the commercial space market remains concentrated in geostationary orbit, the destination of 300+ satellites operated by 30 companies for communications and broadcasting services. A technological revolution is now in progress in the GEO communications satellite industry where higher throughput and more flexible payloads combined with electric propulsion are becoming economic game changers. Still, the ten commercial constellations to be launched into non-geostationary orbits for broadband and narrowband communications and for Earth observation imagery should represent a market of $1.3 billion per year on average over the decade.

Satellites to be Built & Launched by 2024 is required reading for anyone interested in the business generated by satellite systems and their launches. The report is fully updated, providing all the key figures and analysis needed to understand the global space market, and the future opportunities and challenges.