Nearly 200 Gbps Projected To Flow Over Sub-Sahara Via Satellite, According To Euroconsult Analysis

[SatNews] According to Euroconsult's newly released report, Prospects for Satellite Communications & Broadcasting in Africa, overall usage for satellite capacity in Sub-Saharan Africa increased at an 11% CAGR over 2009-2014, despite the spread of terrestrial fiber networks and the decrease of international trunking.

Euroconsult further anticipates an 11% CAGR for capacity leased over the next decade, for a total of close to 200 Gbps of traffic flowing over satellite. 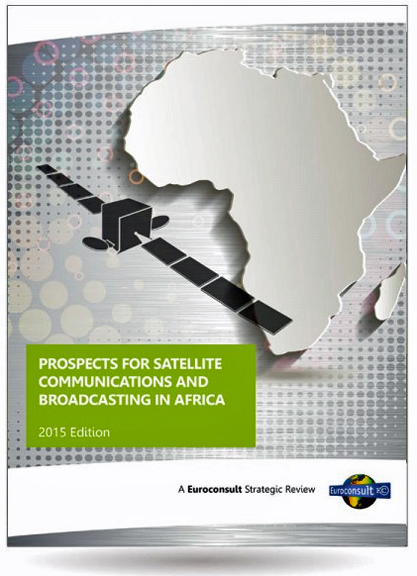 "The tripling of TV signals in the last five years, growth in cellular backhaul requirements and the addition of more than 15,000 VSATs for various vertical segments have all contributed to the emergence of new requirements," said Pacome Revillon, CEO of Euroconsult and editor of the report. "The significant addition of satellite capacity supply has resulted in a fill rate decrease and in greater competition and pricing pressure."

Multiple drivers support a strong future increase in the use of satellite communication services, including:

For operators, the ability to create new differentiators  will be key in a context of large capacity supply, which includes the development of video neighborhoods, of selected service platforms and the co-development of projects with local service providers and end-users. For service and equipment providers, the rollout of more sophisticated and hybrid solutions offered through domestic hubs and a potential consolidation of service providers should contribute to market growth. The emergence of new free-to-air and payTV platforms should also shape the future African TV market.