The Promise Awards honor the three top-ranked members of the annual “20 Under 35” list of space & satellite employees or entrepreneurs age 35 and under who have demonstrated outstanding achievement in the early stages of their career.

The three recipients were named at the 14th annual Future Leaders Dinner at the Computer History Museum in Mountain View, California, in conjunction with the Satellite Innovation 2019 Conference, produced by Satnews publishers.

Executive Director Robert Bell said the 20 Under 35 are a beacon of young talent and dedication in our industry, which we badly need to keep the innovation engine running. They were selected by an independent jury reviewing and scoring a record number of nominations this year. The Promise Awards go to the three top-scoring nominees and represent our prediction – that they will become future leaders of our industry.” 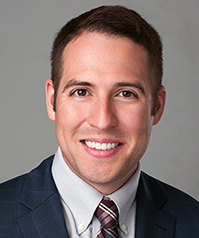 Daniel Alvarez
Space Mission Program Manager, Millennium Space Systems,
A Boeing Company
At the age of 31, Dan has served and excelled in many roles since joining the Boeing Company. As a Mechanical Design Engineer, he was a key designer of Boeing’s Modular Reflector, which significantly reduced the cost of a reflector and is now baselined on all of Boeing’s largest commercial satellites. Dan is an accomplished Responsible Engineering Authority, a role in which he championed part count reduction and numerous design improvements that led to reducing the antenna drawing release plan period-of-performance for satellites from twelve months down to just three. As an Integrated Product Team Lead, he was responsible for more than $250 million in value for critical national program efforts, and, on a different project, executed the fastest-ever Non-Recurring Engineering cycle time to antenna design completed. Dan has also proven himself a valuable creative force during his time at Boeing, as he was the primary inventor of the patent-pending High Density Routing Assembly, for which he received one of only six Special Invention Awards in the entire Boeing Company in 2018.
Dan’s current role at Millennium Space Systems is as a Space Mission Program Manager, where he is leading one of Millennium’s flagship programs. He was responsible for the first-ever implementation of an Earned Value Management System and Integrated Baseline Review at Millennium, and successfully led a competitive proposal effort to win the first two production Indefinite Delivery Indefinite Quantity delivery orders to build up the follow-on operational constellation. Outside of Boeing, he serves as the CFO at eTutorRoom and volunteers his time as a pro-bono math tutor for low-income students. 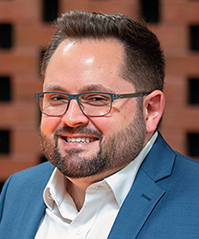 Julian Horvath
Principal Engineer, Satellite Operations & Ground Development, Iridium
Julian began his career as a Systems Engineer at General Dynamics after receiving his Bachelor of Science in Space Physics from Embry-Riddle Aeronautical University. In his next position at Orbital Sciences Corporation, he led the systems engineering effort to design and implement an on-orbit data storage solution for all on-orbit vehicles, for which he received an award from the company.
Julian joined Iridium in 2012 and was the youngest employee ever at the company to be promoted to Principal Engineer. In this position, Julian was tasked with leading the launch preparation, on-orbit testing, operational checkout and mission activation for Iridium NEXT, one of the largest constellations of commercial satellites ever launched. He led the successful execution of eight launches over two years by working very closely with the French-based Thales Alenia Space team as well as Iridium’s launch, space and operations teams to ensure all new satellites were built and launched as quickly and safely as possible. Once deployed, all seventy-five satellites were contacted successfully on the very first attempt. Julian also streamlined the Launch and Early Orbit schedule to reduce the time required from launch to mission activation from forty-one days down to just eighteen. While at Iridium, he also orchestrated a plan for swapping out sixty-six active satellites with new spacecraft without impacting service. Outside of work, Julian is an Eagle Scout who serves as a Volunteer Coordinator for the yearly Waste Management Phoenix Open. 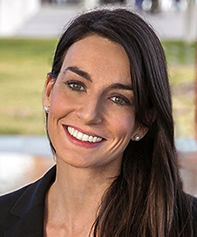 Natalia Larrea Brito
Senior Affiliate Consultant, Euroconsult
Natalia completed a Master's in Aerospace Engineering from McGill University (Montreal, Canada) and a Bachelor's and Master's in Telecommunications Engineering from Universidad Alfonso X El Sabio (Madrid, Spain). She also holds a Diploma in Astronomy and Planetary Science from the Open University UK and is a graduate of the International Space University (ISU) SSP14 program, for which she received SSPI’s International Scholarship that year.
In her current role at Euroconsult, she manages research activities and consulting missions for government and private organizations in the space sector. She focuses on the assessment of government programs, new technologies and the strategic analysis of industrial and commercial space markets with special focus on space exploration. She supports and advises established and developing space players, assessing new satellite programs, defining new space policies and conducting socio-economic studies. She has contributed to developing Euroconsult’s business practice on space exploration. During the past years, Natalia has also been a speaker and moderator at different international conferences, and she has contributed to multiple publications on space-related topics.
Prior to joining Euroconsult, Natalia worked as a Systems Engineer at MDA Corporation where she specialized in the design of satellite communication payloads. In addition, she worked as a trainee at the European Space Agency (ESA) and as Research Associate at NASA Ames in the fields of astronomy and planetary exploration. She became the first Spanish woman to participate in the NASA Academy program. In addition, she worked during her research thesis on the validation of a microwave tomography system for breast cancer detection at the Poly-Grames Research Centre. Natalia was also the Associate Chair for the Space Management and Business department at the International Space University’s Space Study Program SSP19.
Natalia is a firm supporter of space outreach and education, getting involved in her spare time in different activities to engage future generations in the space field. Between 2016 and 2017, she was the president of the NASA Academy Alumni Association (NAAA). She was also selected by the Mars Society to command the International Emerging Space Leaders crew (Expedition 205) to the Mars Desert Research Station, a Mars analog mission in Utah, in February of 2019.