Broadband-to-the-consumer specialist Viasat, which has yet to complete its latest constellation of high-capacity satellites (the ViaSat-3 fleet), is already working on an improved version, this according to a new posting by journalist Chris Forrester at the Advanced Television infosite.

Mark Dankberg, CEO at Viasat, confirmed a ViaSat-4 iteration is now in the works. The current plan is to see the first ViaSat-3 (which can handle 1 Terabit/second traffic) launched for service over the US early in 2021, and a European/MENA craft launching later in the same year. By the end of 2022 the third satellite should be operating over the Asia-Pacific region. 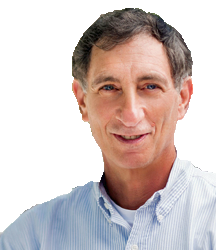 Dankberg, speaking during Viasat’s post-results call with analysts, said, “[The ViaSat 3 versions] incorporated a decade of innovation in space and ground network technology and the lessons learned from multiple generations of payload prototypes. It’s a fundamentally new, highly integrated space-ground architecture, establishing a new set of tools for broadband satellite design and construction, with an emphasis on scalability. If things continue to go well, ViaSat 3 is just the first instance of a new series of spacecraft delivering significantly more bandwidth, higher speeds and greater flexibility with each generation. We’ve now made enough progress on ViaSat 3 to begin designing and analyzing the ViaSat 4 follow-on, that could achieve similar or better relative productivity advances as ViaSat 1, 2 and 3 did in their time.”

ViaSat-3 craft are the highest-capacity satellites under construction, although Hughes Network System’s Jupiter-3 and Eutelsat’s Konnect have similar specifications.

He added that the new — and still in the design stage — ViaSat 4 craft will deliver more capacity, and “big improvements” in productivity.

Viasat turned in an impressive set of results, with Q1/2020 results of $537 million, up 22 per cent on the same period last year.  The Viasat fleet also serves the world’s airlines with their ‘in flight’ connectivity. Revenues for the Commercial Air division rose 76 per cent, and from 1335 aircraft. Viasat is impacted by the grounded Boeing 737 Max problems which affected 46 aircraft, and will slow the number of equipped 737’s as the problem rolls on. Viasat is already supplying in-flight live video (for American Airlines).

Viasat’s contracted backlog is up significantly at $1.84 billion (up $200 million on last year) and 6 successive quarter-years of sequential revenue growth.

Part of the company’s optimism is a deal with China Satcom which will supply its Ka-band satellite capacity to Viasat for what Viasat said, “We’ve opened the door to what’s expected to soon be the largest aviation market in the world. Since the partnership focuses on working with China Satcom to provide in-flight connectivity (IFC) to the country’s fast-growing airlines, consumers in China will soon get their first experience with Viasat in the air.”