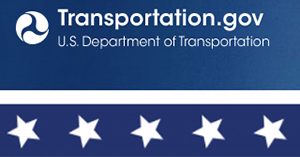 The COMSTAC provides executive-level observations, findings and recommendations to the FAA Administrator regarding critical issues within the commercial space industry. Damphousse will serve as a senior industry representative and member of COMSTAC on behalf of SES GS, wholly-owned subsidiary of SES, and will advise the government during bi-annual COMSTAC meetings and through participation on the COMSTAC working groups.

Damphousse was selected based on his long-standing relationship with the U.S. Department of Transportation, industry experience and leadership through high-level executive engagement. Prior to joining SES, Damphousse was CEO and Founder of General Astronautics, LLC. Damphousse retired from the U.S. Marine Corps in December 2011 after 22 years of service as a combat pilot and space operations officer. He will join eight, newly appointed members, as well as 17 re-appointed members, as part of COMSTAC.

Damphouse said that seismic shifts are occurring within the commercial space sector, including changes in how non-traditional space activities are regulated. Spacecraft servicing, space traffic management, and hosted payloads are a few of these activities and are of great interest to SES GS. He added that his goal is to ensure that the U.S. Government is fully informed from a commercial space perspective regarding new consensus standards and regulatory decisions.