A multi-million dollar, multi-year agreement will enable passengers to be connected to Taqnia Space Aero services’ platform following an agreement between Eutelsat Communications (NYSE Euronext Paris: ETL),  and Taqnia Space (TSC), which is owned by the Public Investment Fund (PIF) of Saudi Arabia.

Passengers checking emails and social networks, and streaming live content at 36,000 feet will become a reality at the end of this year. The multi-million dollar, multi-year deal covers spotbeam capacity on the EUTELSAT 3B satellite in order to provide HTS connectivity services to Taqnia Space Airline clients over the Middle East, North Africa, Mediterranean and Europe regions. 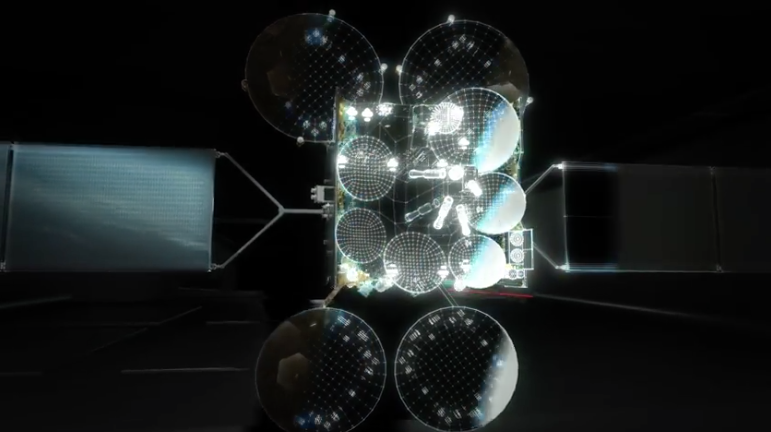 Bandwidth on EUTELSAT 3B will support live TV, on-board voice / GSM and broadband connectivity from third quarter 2017 on commercial aircraft connected to the TSC Aero platform. Saudi Arabian Airlines, one of the leading airlines in the Middle East, will be the first commercial airline to connect to the platform. Saudi Arabian Airlines will equip its entire fleet, enabling passengers to enjoy the Taqnia Space Connectivity package through their devices - laptops, tablets, smartphones – on domestic flights in Saudi Arabia and international flights over the Middle East, North Africa, the Mediterranean and Europe.

Abdullah Al-Osaimi, CEO of Taqnia Space, commented that this cooperation with Eutelsat empowers Taqnia Space in the fast-changing landscape of in-flight services. It supports our strategy to expand our TSC Aero platform to global coverage and capacity in order to satisfy demand driven by regional and international commercial airlines. Adding EUTELSAT 3B satellite capacity to the TSC Aero platform is a continuation of a growth plan initiated a few years back with the 5C satellite over the Middle East that will be followed by two major satellite projects, SGS-1 (2018) and 6D (2019). He added that having the King Abdulaziz City for Science and Technology(KACST) as the prime technology and R&D partner in the TSC Aero platform project provided invaluable support to the development of the first Saudi Aero Satellite Service Solution.

Taqnia Space will use four High Throughput Ka-band spotbeams on the EUTELSAT 3B satellite that have been steered by Eutelsat to cover flight paths extending from London to Saudi Arabia and from Casablanca to Oman.

Rodolphe Belmer, CEO of Eutelsat, concluded that satellite technology naturally comes into play in the in-flight connectivity market thanks to its ability to deliver a best-in-class service across large territories. They are delighted that the efficiency that can be achieved with the Ka-band multi-beam configuration on EUTELSAT 3B has won the confidence of Taqnia. This venture is an opportunity for long-term cooperation with a major player in Saudi Arabia's innovation development ecosystem.