Bahrain is setting up a highly-qualified team so it could contribute to launching the first artificial satellite within two years, it was revealed. 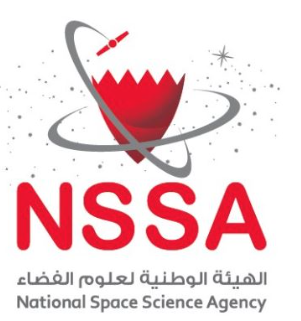 “The Kingdom is planning to optimise the use of space sciences within five years to serve national development and keep abreast of global strides”, said Transportation and Telecommunications Minister, in charge of the National Space Science Agency (NSSA) Kamal bin Ahmed Mohammed.

Speaking on the Instagram Live account of the Bahrain News Agency (@BNAnews), he stressed the importance of investing in the nascent space sector to revitalise development and usher in new fields.

He underlined the NSSA initiative to set up Bahrain Space Team which play a vital role to develop this emerging sector and achieve desired goals.

He pointed out the campaign which was launched by the agency to attract competent Bahraini nationals and build the planned space team, thanking the private sector for supporting the ambitious programme.

“The agency has so far received up to 400 applications to be part of the team”, said that the minister, expecting the number of candidates to increase as the deadline to apply will expire on the 29th of July.

He revealed that that ten fresh university engineering graduates aged less than 35 years would be selected to make up the nucleus of the planned space team.

“A five-member jury made up of NSSA officials and overseas experts will select the ten candidates in total transparency”, he said, adding that he would personally meet the candidates who undergo a two-year-training programme which starts in October.

The National Space Science Agency will cooperate with the University of Bahrain and Bahrain Polytechnic among other prominent academic institutions based in development countries.

During the Instagram Live which was followed by up to 4700 people, expressed the hope that the first artificial satellite would be announced within the coming six months.

A total of fifteen companies have so far expressed their readiness to support and fund the construction of the artificial satellite, in addition to employing and training the ten selected candidates.

The Transportation and Telecommunications Minister, in charge of the National Space Science Agency (NSSA) extended thanks to the Kingdom of Saudi Arabia and the United Arab Emirates for their support.