During the SmallSat Symposium now in session in Mountain View, California, Exolaunch announced their intention to manage the lift of four, Spire Global cubesats into LEO via an Indian Polar Satellite Launch Vehicle (PSLV) later this year.

Exolaunch is integrating the Spire smallsats into EXOpod, which is a deployer that is large enough to contain 12 single cubesats. Plus, Exolaunch is providing launch services and technical support for the Spire mission. Exolaunch has helped to deploy about one-third of Spire’s on-orbit constellation and has launched more than 100 cubesats, with some 80 spacecraft now on-orbit. 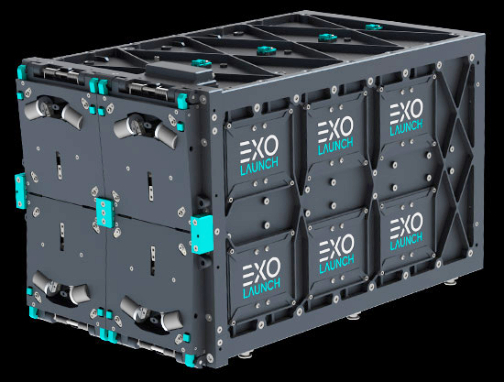 This mission will also serve as a cooperation conduit between the company and Indian launch services provider, New Space India Ltd. (NSIL)—the commercial arm of the Indian Space Research Organization (ISRO). NSIL was established in 2019 to provide commercial customers with access to Indian launch vehicles.

Robert Sproles, Spire director of Ground Stations and Launch, said that the company first launched to an equatorial orbit on a Polar Satellite Launch Vehicle mission in 2015. The firm is excited to again be launching to a low inclination orbit with NSIL, this time through Exolaunch. Exolaunch has been a long-standing consistent launch partner for Spire.

Jeanne Medvedeva, Exolaunch Commercial Director, added that Spire is the firm's long-time, valued customer and they ensure their satellites can reach a variety of orbits. For this launch, Exolaunch improved the firm's EXOpod deployer by reducing its mass while also increasing its available satellite mass. The company is also looking forward to the start of an important cooperation with the NSIL team, who broadens the commercial horizons for PSLV launches.