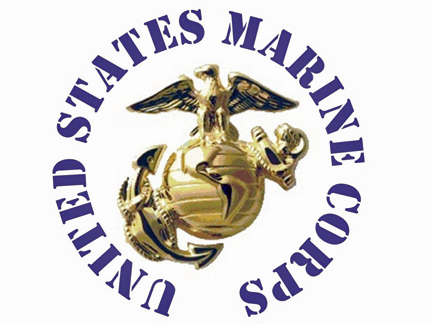 Fielded in the first quarter of 2019, the Mobile User Objective System provides satellite communication capabilities to mobile or stationary Marines. The system enables the warfighter to leverage cellular technology to increase access to voice and data communication while using the MUOS network. 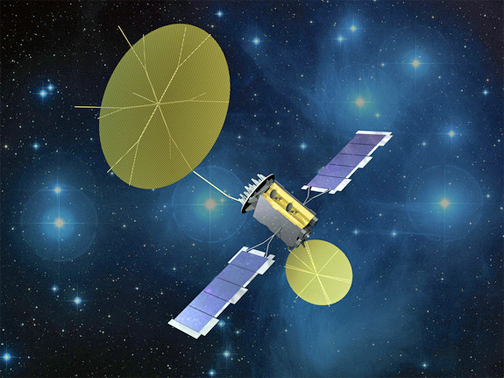 Artistic rendition of a MUOS satellite. Image is courtesy of Lockheed Martin.

The first service to widely employ MUOS, the USMC is deploying thousands of antenna kits for the AN/PRC-117G radio system and hundreds of diplexers that enable vehicular systems to access MUOS satellites. 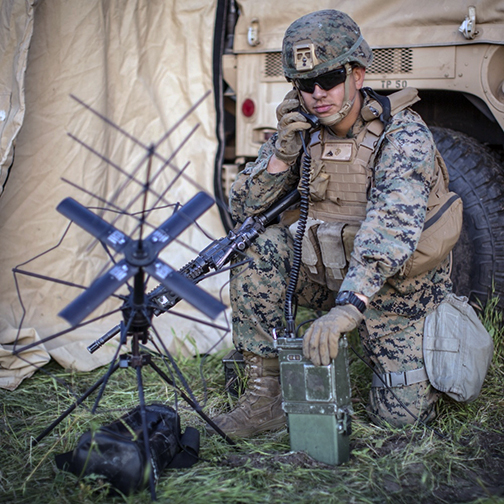 Prior to fielding MUOS, MCSC had to demonstrate to the Milestone Decision Authority that the system was safe, met technical performance and was ready to use by the warfighter. Since MUOS’s Field User Evaluation in 2017, Marines have raved about the benefits of the system.

Eddie Young, project officer of Multiband Radio II Family of Systems at Marine Corps Systems Command, said MUOS is another way for warfighters to communicate in a tactical environment. The system brings SATCOM capabilities in various formats to Marines. The Marine Corps is leading all services in terms of getting MUOS to warfighters. Marines find MUOS useful in completing their missions — a lot of positive feedback has been received, thus far.

According to Noah Slemp, systems engineer at MCSC, MUOS is essentially software and an antenna capability augmenting existing hardware. It’s similar to adding an application to a cellphone. MUOS is particularly important because the SATCOM infrastructure of the legacy system is nearing its expiration — as a result, the Corps intends to incrementally replace the older capabilities with the MUOS waveform, enabling more Marines to access ultra-high frequency tactical satellite communications.

The efforts of Young’s team in getting the system out to the warfighter have not gone unnoticed. In May 2018, at a Narrowband Working Group conference in Colorado Springs, Colorado, the Joint Staff J6 and the DOD Chief Information Officer recognized Young and Slemp for leading the services in employing MUOS.

The J6 and DOD CIO also emphasized the joint effort between the Multi-band Radio II team and the Naval Information Warfare Center in using the Multiple Reconfigurable Training Systems, an interactive training aid that will be used to assist in the rapid fielding of MUOS.