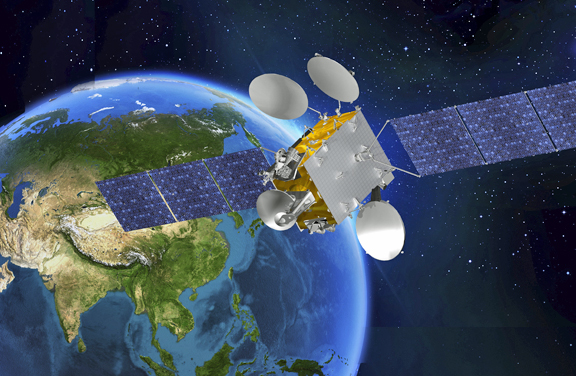 Rendition of the Bangabandhu Satellite-1. Courtesy of Thales Alenia Space.

The ground stations are situated at Telipara in Gazipur on the outskirts of capital Dhaka and Bethbunia in southeastern Bangladesh's Rangamati district. Hasina inaugurated the stations via video conferences with officials from Bangabandhu International Conference Centre also known as Bangladesh-China Friendship Conference Centre in Dhaka.

May 12 this year was a red-letter day for Bangladesh when the country ushered in a new era by launching its first "Bangabandhu-1" satellite. The launch made Bangladesh the 57th nation in the world and fourth in South Asia after India, Pakistan and Sri Lanka to own a satellite.