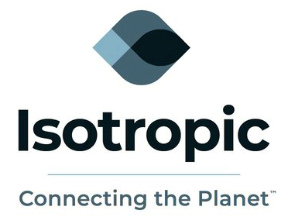 Isotropic and Kymeta have partnered to conduct over-the-air testing on Kymeta's u7 antenna and next generation antennas.

Kymeta Testing occurred last week in the Seattle area on Isotropic's E115 network. Previous testing took place on the AM2 and G28 satellites on the east coast. The Kymeta u7 antenna was paired with an iDirect X7 satellite router and iQ 200LTE modem, which are optimized for mobility. These successful tests demonstrate the ability of the antenna to operate across multiple satellite networks and beams, and they mark the first time Isotropic's commercial service offering has been delivered immediately following conception.

Deployments of the Kymeta u7 flat panel antenna. Photos are courtesy of Kymeta.

The Kymeta u7 Ku-band satellite terminal addresses the need for lightweight, low-profile, and high-throughput communication systems on-the-move. The u7 terminal makes connecting to nearly any vehicle, vessel, or fixed platform easier and more reliable than ever before.

As part of the antenna innovator's development and testing of its next generation antenna, Kymeta will be using bandwidth provided by Isotropic at the Lake Geneva Earth Station and Isotropic's world class network operations center.

Hank Zbierski, Chief Catalyst and Co-Founder, Isotropic, said the testing that was completed with Kymeta has been a revelation — these tests have proven, beyond any doubt, that metamaterial science is not something that's in the future — it's deliverable, now.

Walter Berger, President, COO and CFO, Kymeta, added that this exercise has proven the seamless connectivity of the firm's revolutionary flat panel antenna technology and the company looks forward to the continued work with Isotropic to shape the course of satellite communications in the future.