As recently as last week, the Trump administration issued a global maritime advisory to counter sanctions evasion by Iran, North Korea and Syria. 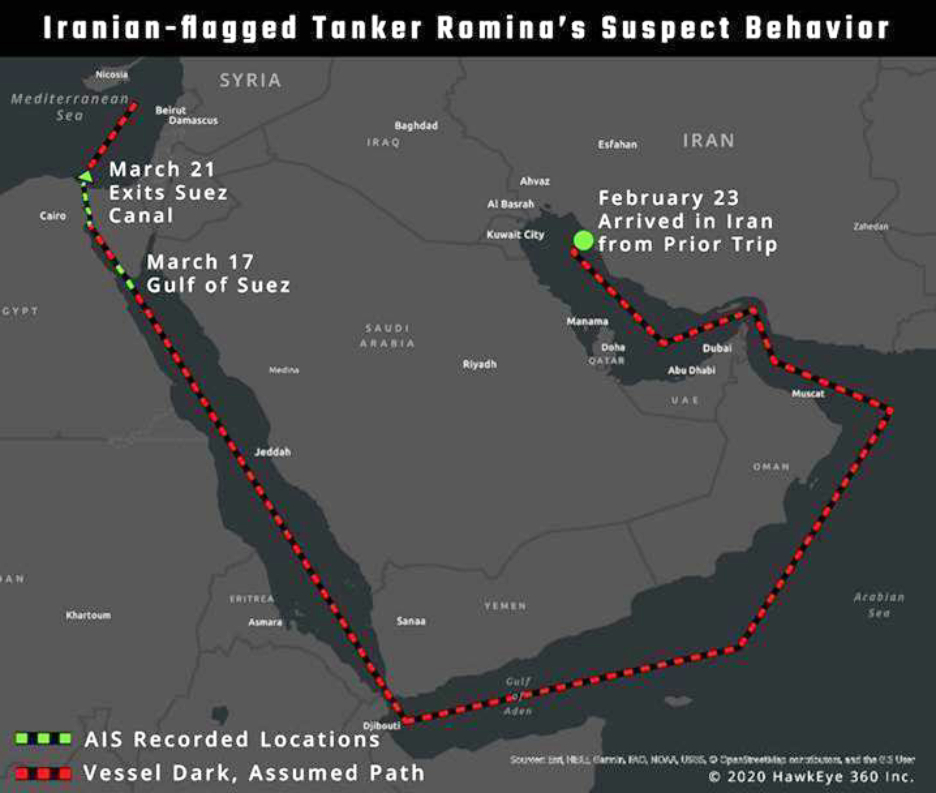 The above image shows the limited ability of AIS to track a vessel’s movement and how HawkEye 360 was able to flag suspicious AIS gaps in Romina’s recorded travel. In mid-March 2020, HawkEye 360 started monitoring Romina, an Iranian crude oil tanker that was last known to have returned to Iranian waters from a trip on February 23. Romina then remained completely dark until it appeared in the Gulf of Suez on March 17. When the vessel exited the Suez into the Mediterranean on March 21, the vessel again went dark. 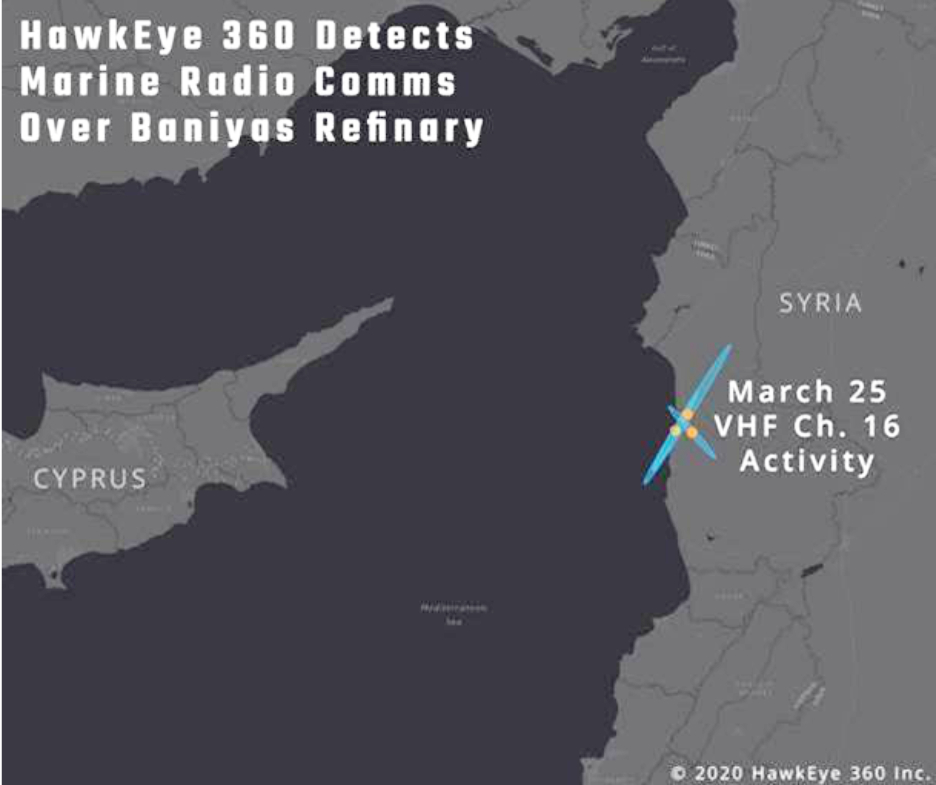 When AIS is not able to supply enough knowledge, other data sources are critical for developing comprehensive maritime awareness. On the evening of March 25, HawkEye 360’s RFGeo product geolocated VHF channel 16 maritime signals at Syria’s Baniyas Refinery. VHF channel 16 is the international hailing frequency to establish initial contact between two vessels or a vessel and land, such as for port activity. When the signal was captured, AIS records showed no vessels in the vicinity. 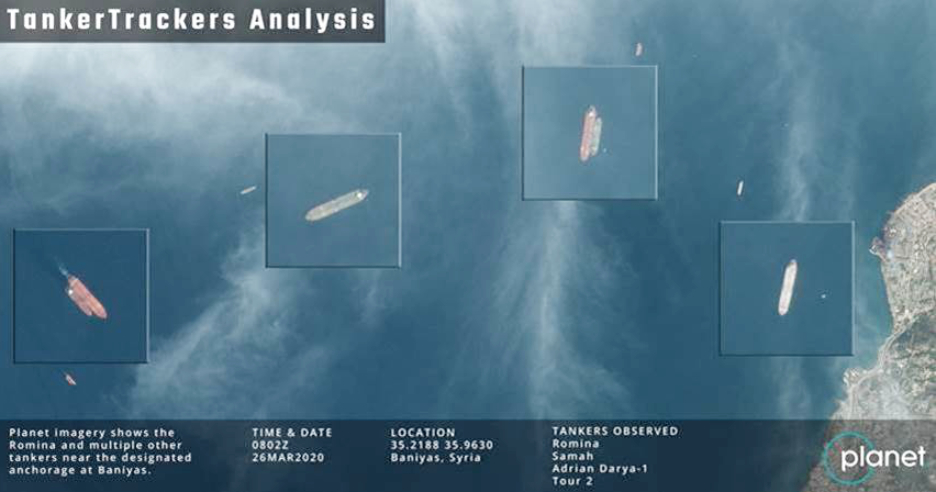