A company registered in the Cayman Islands is again trying to get a satellite launched despite alleged links with backers from China. 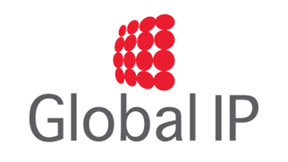 A news posting at the Advanced Television infosite is reporting that Global-IP (not to be confused with Global IP Solutions) wants to finance and build a satellite to provide sub-Saharan Africa with 150 Gb/s broadband.

However, the company has some history behind it. In 2018, the firm ran out of cash and was not helped by a serious legal problem which, in a mid-2017 lawsuit, alleged that the satellite builder Boeing was involved in a secret plan to route high-value satellite/military technology to China. Exports of satellite technology, or key parts of a satellite, is forbidden under American trade regulations.

Boeing robustly denied that its planned satellite for Global-IP contained any classified or military technology, and subsequently the project was approved by the U.S. Department of Commerce.

The lawsuit, from two initial co-founders of the business, Emil Youssefzadeh and Umar Javed, continues to run — although currently ‘stayed’ — in the U.S. District Court for the Central District of California while a set of proceedings is also running at Hong Kong’s International Arbitration Court.

The ‘new’ Global-IP project is backed by Bronzelink Holdings Ltd. of Hong Kong, and reports suggest that the company is looking to renegotiate the original plan with Boeing. Specialist trade publication Space Intel Report reports that Bronzelink has invested $175 million in the scheme.

What Bronzelink wants is to get its hands on the original satellite, some 90 percent of which is completed and to pay Boeing to wrap up the task while also paying the financial penalties due on the original project. The ‘old’ Global-IP had paid a reported $146 million for work on the satellite out of a total contract value of $286 million.

The new satellite, if it goes ahead, will be managed by Arabsat-owned HellasSat for its telemetry, tracking and control. Bronzelink says the order with SpaceX to launch the satellite is still in place.