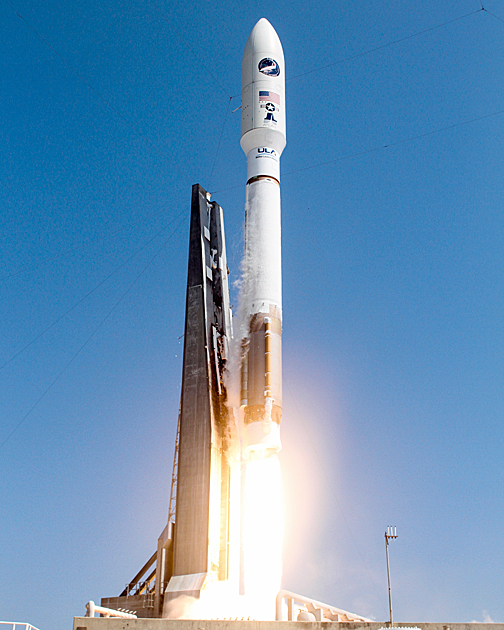 File photo of the launch of a ULA Atlas V rocket. Photo is courtesy of ULA.

Launch vehicle production is currently on track for an uncrewed August 2018 Orbital Flight Test (OFT). The OFT booster for the uncrewed flight is in final assembly at the factory in Decatur, Ala., and the OFT Centaur upper stage has completed pressure testing. Other hardware such as the launch vehicle adapter and aeroskirt production are on schedule to support test articles and flight.

Gary Wentz, ULA Human and Commercial Systems VP, added that ULA is progressing into the operational phase to launch the OFT and Crew Flight Test in 2018 substantial progress is being made toward a successful launch of Boeing’s CST-100 Starliner on the Atlas V.