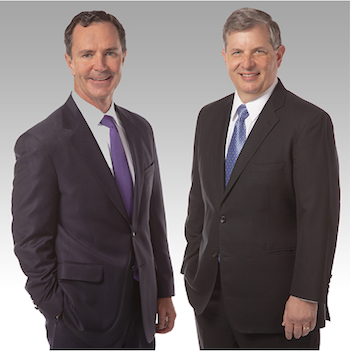 The official announcement now reveals the successful merger of  L3 and Harris Technologies, now called L3Harris Technologies (NYSE:LHX), which entailed restructuring of the board of Directors, the company's leadership and much more.  Logistics involve this now sixth largest defense company in the U.S., and a top 10 defense company worldwide that involves approximately $17 billion in revenue and 50,000 employees, including 20,000 engineers and scientists.

L3Harris’ new Board of Directors consists of 12 members with a deep understanding of Harris and L3 businesses, a diverse mix of background, skills and experience, and a track record of driving long-term shareholder value. The L3Harris Board members, drawn equally from Harris and L3, are:

“We’ve created an agile technology provider with the scale, resources and capabilities to provide affordable, innovative and rapidly fielded solutions to address our customers’ critical mission needs,” Brown said. “Each member of our Board and leadership team brings decades of experience, and I look forward to working with them to capture the targeted synergies and create significant value for our shareholders.”

“Our seasoned segment leaders and mission-focused operating structure will enable us to leverage our broad range of capabilities and complementary technologies to deliver advanced solutions and capture opportunities across multiple domains,” said Kubasik.