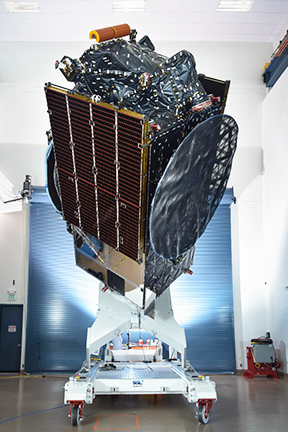 According to a Telkom press release, the Merah Putih satellite was delivered to the launch base by manufacturer Space Systems Loral (SSL).

Telkom’s VP of Corporate Communications, Arif Prabowo, said that the satellite is scheduled for a launch to 108 degrees East longitude on August 4 via a Falcon 9 rocket, according to official statement the company received from launch service provider SpaceX as the launch service provider. Arif added that SSL had started building the satellite in early 2016 and completed production earlier than scheduled. He added that the launch would strengthen Telkom’s satellite business, which had been preceded by Telkom-2 and Telkom 3S.