On The IBC2016 Show Floor... Eutelsat Cements In Transponder Access For MultiChoice Africa

The IBC annual event is a superb venue wherein companies can arrive at final agreements for improving their businesses through new collaborations and contracts. 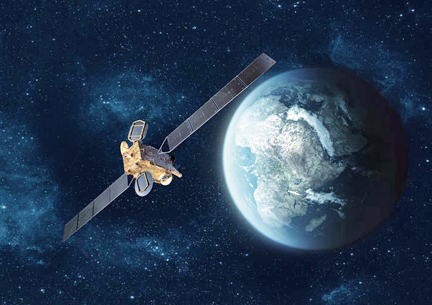 Eutelsat Communications (NYSE Euronext Paris: ETL) and MultiChoice Africa, one of Africa’s most prominent video entertainment companies, announced at IBC2016 in Amsterdam the signature of a nine year contract for the expansion of the MultiChoice DStv platform at Eutelsat’s 36 degrees East video neighborhood. The new contract for one transponder reinforces the longstanding relationship between MultiChoice Africa and Eutelsat and will further anchor the orbital slot as a premier location for digital video entertainment services in Africa.

According to Michel Azibert, the Chief Commercial and Development Officer at Eutelsat, the contract further anchors Eutelsat's cluster of high-power satellites at 36 degrees East as a point of reference for broadcasting in Sub-Saharan Africa—and continues the longstanding relationship enjoyed with MultiChoice Africa, a video company that is a hallmark for quality and creativity.