Douglas Messier, the Managing Editor of the Parabolic Arc infosite, has filed a report that Stratolaunch has unveiled a pair of hypersonic test bed vehicles and a reusable spacecraft the company plans to launch from its giant dual fuselage airplane. 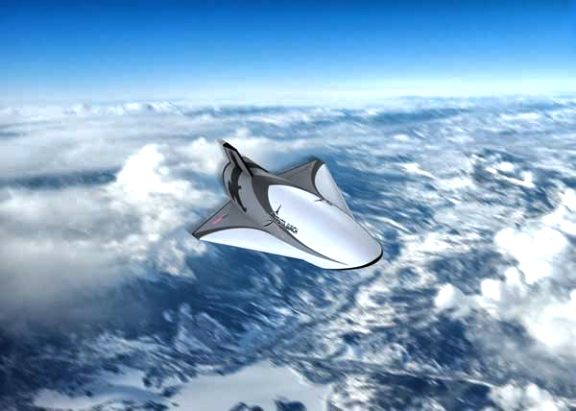 The Talon-A hypersonic vehicle. Artistic rendition is courtesy of Stratolaunch.

CEO Jean Floyd noted that the company's hypersonic testbeds will serve as a catalyst in sparking a renaissance in hypersonic technologies for the government, the commercial sector as well as academia.