@ CABSAT 2015: Arabsat Will Be Joined By Hellas Sat At The Event

[SatNews] Arabsat will participate in The Broadcast, Satellite & Digital Media Event for Middle East, Africa & South Asia—"CABSAT 2015"—running from March 10th to 12th, 2015, at the Dubai International Convention and Exhibition Center—the company will be joined by Hellas Sat for the second time since Arabsat acquired a majority stake in that firm. 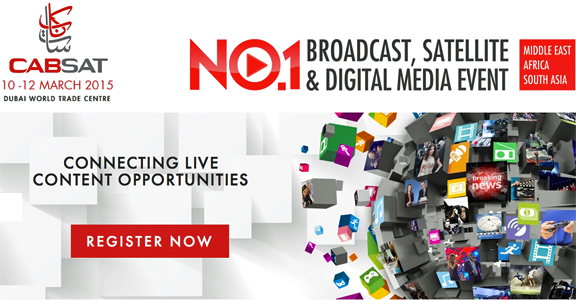 Eng: Khalid bin Ahmed Balkheyour, President&CEO of Arabsat, said that the company will showcase the capabilities of its current and future satellites fleet with all possible solutions provided for all overages and frequencies, in addition to Arabsat abilities to provide all needed services with appropriate solutions to keep up with the market development and to help customers meet their current and future needs.

Additionally, Arabsat will showcase its new satellite Badr-7's capabilities, which were taken into account when the satellite was designed to be provided with the state-of-art broadcasting technology. Badr-7 will inaugurate a new era that combines satellite broadcasting and  telecommunications services. Badr-7 is expected to be launched by the end of 2015.

Balkheyour concluded that, “Arabsat is in the final stages of bidding awarding the manufacturing and launching of its new satellites on different orbital positions that will be announced soon, these satellites are expected to increase Arabsat coverage to include Europe, Africa and the Middle East."