As the small satellite industry grows, the OTB hosted payload platform can increase the number of flight opportunities, reduce the cost to access space, and provide a more adaptable approach to managing the integration, launch, and on-orbit operations to allow commercial, civil, educational, and military customers to rapidly space-qualify new equipment. GA-EMS has also been awarded services contracts to provide hosted services on two additional OTB satellites scheduled for launch in 2021 and 2022. 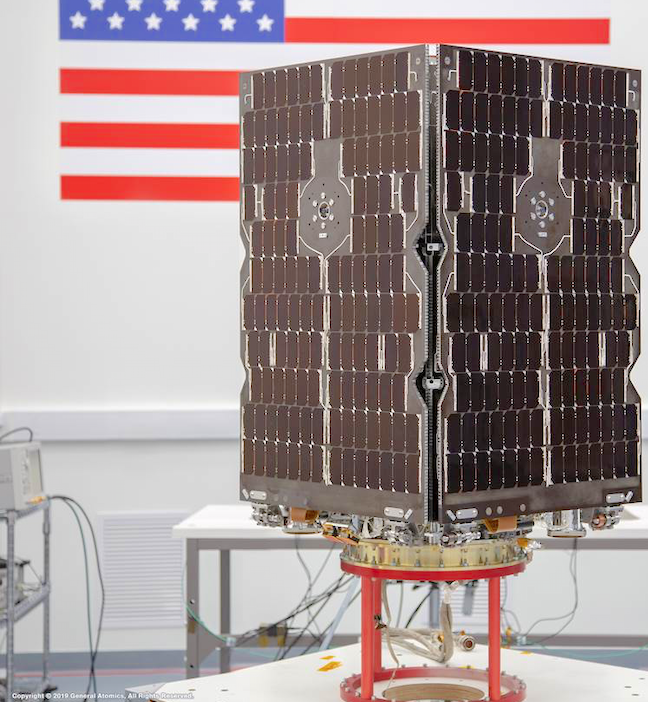 Scott Forney, president of GA-EMS said that the arrival of the OTB spacecraft at Cape Canaveral marks the start of final preparations and integration on board the Falcon Heavy in anticipation of the launch, bringing their hosted payload customers that much closer to executing their missions. This will be their first OTB satellite launch, and they are extremely excited to be delivering new technology demonstrations into orbit that will help drive future space exploration.

Nick Bucci, vice president of Missile Defense and Space Systems at GA-EMS added that OTB’s modularity and versatility allow for the simultaneous launch of multiple demonstration payloads on a single satellite. This eliminates the need for customers to bear the costly burden of a dedicated platform and launch.

GA-EMS noted that the company continues to expand its portfolio of small satellites and mission-support capabilities, providing ground-to-on-orbit solutions that offer a high degree of modularity and payload flexibility to suit a variety of missions and customer requirements delivering payloads where they are needed, when they are needed.