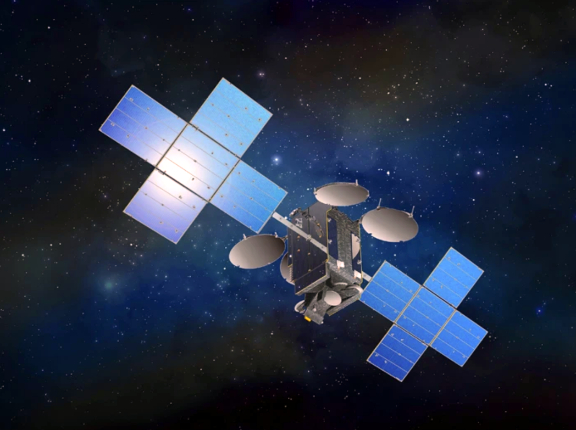 Artistic rendition of the Eutelsat-7C satellite. Image is courtesy of Eutelsat.

Manufactured by Maxar Technologies, EUTELSAT 7C is a 3.4 ton, high-power, all-electric satellite carrying 49 36-Mhz equivalent Ku-band transponders. Successfully launched from Kourou, French Guiana, on June 20, 2019, by Arianespace, the satellite is co-located with EUTELSAT 7B at 7 degrees East, increasing capacity at this dynamic neighborhood by 19 transponders.

During the night of January 27-28, 2020, the Eutelsat teams migrated a number of services from EUTELSAT 7A to EUTELSAT 7C, including Turkish Pay-TV platform Digiturk, Turkish national broadcaster TRT, and Globecast UK for coverage across Europe and the Middle East.

EUTELSAT 7A will be transferred to another orbital location as part of Eutelsat’s fleet optimization strategy.