This launched marked the 44th overall flight of the world’s first, privately-developed, commercial space launch vehicle, and ICON marks the ninth science satellite to be both built and launched by the company for NASA. 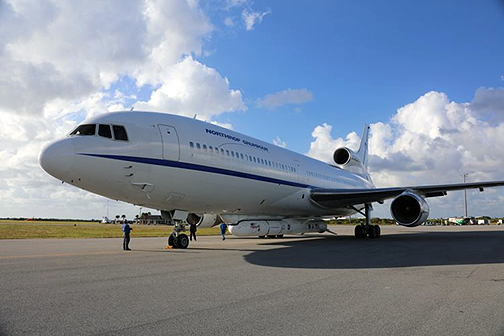 NASA’s ICON satellite will study the frontier of space – the dynamic zone high in Earth’s atmosphere where terrestrial weather from below meets space weather above. Northrop Grumman designed and manufactured the spacecraft for ICON at its Dulles satellite manufacturing facility, and tested and verified the spacecraft at the company’s location in Gilbert, Arizona. The satellite is based on the company’s LEOStar-2™ bus, a flight-proven and flexible satellite platform that accommodates a wide variety of missions. 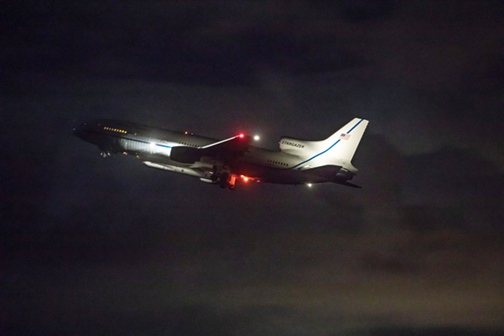 Northrop Grumman’s L-1011 Stargazer aircraft, with their Pegasus XL rocket attached beneath, takes off from the Skid Strip runway at Cape Canaveral Air Force Station in Florida on October 10, 2019. NASA’s Ionospheric Connection Explorer (ICON) is secured inside the rocket’s payload fairing. The air-launched Pegasus XL was released from the aircraft at 9:59 p.m. EDT to start ICON’s journey to space. Photo is courtesy of NASA/Frank Michaux.

ICON will help determine the physics of Earth’s space environment and pave the way for mitigating its effects on technology, communications systems and society. Northrop Grumman has previously built multiple explorer satellites buses for NASA, including the NuSTAR, Swift, GALEX, AIM and IBEX spacecraft. Northrop Grumman is also currently manufacturing the Landsat-9 and JPSS-2 spacecraft for NASA. Both satellites use the company’s larger LEOStar-3™ bus.

As an air-launched system, Pegasus has flexibility to operate from virtually anywhere on Earth with minimal ground support requirements. In fact, Pegasus missions have launched from five separate sites in the U.S., Europe and the Marshall Islands. Pegasus is the leading launch system for the deployment of smallsats into LEO. As the only NASA Category 3 vehicle in the small-launch class, Pegasus is certified to launch NASA’s most valuable small satellites. 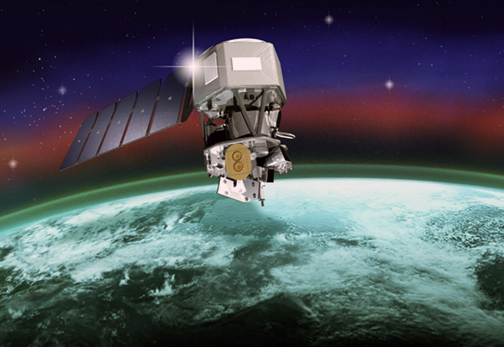 An artistic rendition that depicts NASA’s Ionospheric Connection Explorer, or ICON, satellite that will study the frontier of space: the dynamic zone high in our atmosphere where terrestrial weather from below meets space weather from above. Image is courtesy of NASA.

Rich Straka, VP, launch vehicles, Northrop Grumman said that this launch is a testament to the team’s expertise and determination to provide the firm's customer with mission success.

Steve Krein, VP, civil and commercial satellites, Northrop Grumman, stated that tyhe initial data shows the spacecraft is in good health and performing as expected. The successful launch of ICON continues to demonstrate Northrop Grumman’s legacy of delivering innovative space science missions for NASA. ICON marks the latest in a long line of scientific spacecraft we have developed and built for NASA over the last 35 years.