Airbus space engineers are currently testing the Copernicus Sentinel-6A satellite at the Space Test Center of Industrieanlagen-Betriebsgesellschaft mbH (IABG) in Ottobrunn - near Munich - to prove its readiness for space. During the test campaign, which will last until spring 2020, the Airbus team will check that the satellite is able to survive the severe conditions of launch and the space environment. 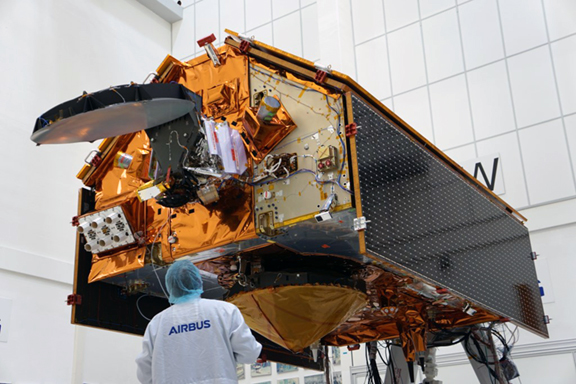 "Copernicus Sentinel-6" is an operational ocean altimetry mission to provide continuity of ocean topography measurements over the next decade. Sentinel-6 carries a radar altimeter to provide high precision and timely observations of sea surface height on a global scale. This information is essential for the continued monitoring of changes in sea levels, a key indicator of climate change. It is also essential for operational oceanography. Mapping up to 95 percent of Earth’s ice free ocean every 10 days Sentinel-6 offers vital information on ocean currents, wind speed and wave height for maritime safety.

The findings will enable governments and institutions to establish effective protection for coastal regions. The data will be invaluable not only for disaster relief organisations, but also for authorities involved in urban planning, securing buildings or commissioning dykes. 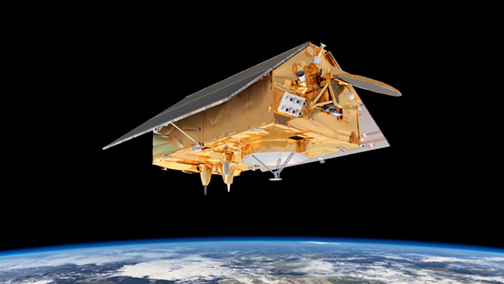 Image is courtesy of ESA.

Global sea levels are currently rising by an average of 3.3 millimeters a year as a result of global warming; this could potentially have dramatic consequences for countries with densely populated coastal areas.

Two Sentinel-6 satellites for the European Copernicus Program for environment and security have been developed under Airbus’ industrial leadership. While it is one of the European Union’s family of Copernicus satellite missions, Sentinel-6 is also being realized thanks to international cooperation between ESA, NASA, NOAA and Eumetsat.

Each satellite weighs approximately 1.5 tons. From November 2020, Sentinel-6A will be the first of the two Sentinel-6 satellites to continue collecting satellite-based measurements of the oceans’ surfaces, a task that began in 1992. Sentinel-6B is then expected to follow in 2025. Sentinel-6 builds on heritage from the Jason series of ocean topography satellites and from ESA’s missions CryoSat-2 and Sentinel-2, as well as GRACE, which were manufactured under the industrial leadership of Airbus.