Two Colorado Springs colonels who command some of the military’s most critical and secretive missions say they’re struggling to battle the coronavirus. 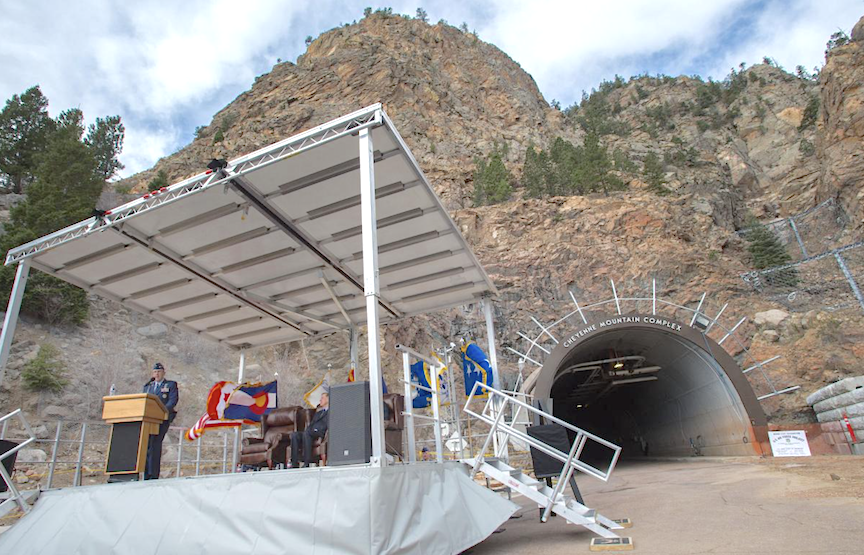 The commanders of the 21st Space Wing and the 50th Space Wing have taken unprecedented steps to isolate their troops and care for their communities amid a pandemic that’s sickened more than 4,000 people in Colorado and claimed more than 100 lives.

“In the last two weeks since this crisis kicked off, our focus has been protecting our airmen and sustaining the critical mission,” said Col. James Smith, whose 50th Space Wing troops control a constellation of American military satellites including the Global Positioning System from Schriever Air Force Base.

“The mission has to be done we have no fail missions,” said Col. Thomas Falzarano, whose 21st Space Wing is charged with spotting incoming enemy missiles and tracking objects in orbit. “Those continue on. At the same time we have to ensure all of our airmen and families are healthy.”

Falzarano and Smith each have worldwide responsibility, with troops assigned to the two wings who serve at bases from northern Greenland to the southern Indian Ocean.

Falzarano said even the most remote of his detachments at Diego Garcia, where the closest neighbor is 1,000 miles of ocean away, is threatened.

“I don’t know of a location that’s safe from coronavirus,” he said.

And the colonels are responsible for the most secure military sites in the United States.

Smith has Schriever’s “restricted area,” a prison-like compound on the plains east of Colorado Springs where airmen control 185 satellites from heavily-guarded buildings secured by a towering double-fence.

Those were the safest place in the Pikes Peak region. Not now.

At the bases, hundreds of airmen have been told to work from home.

But many Peterson and Schriever airmen have jobs that can’t be done from living rooms. So the commanders have gotten choosy about who must work on base, in a bid to make high-security facilities sparsely populated.

To get all of the cleaning accomplished, Falzarano has relied on emergency authorities to hire civilians.

In between all that cleaning there’s plenty of work to do. Since the virus kicked in base emergency procedures last month, Schriever airmen have overseen the launch of a new communications satellite and brought a recently-launched GPS satellite up to full operation.

At Peterson, airmen from the 21st have brought a new radar system called the Space Fence up to full operation, giving the Pentagon a new window to view what’s in orbit.

The commanders are also learning new ways to stay close to their troops while maintaining a safe distance.

They’re shunning the coronavirus-inspired team “social distancing” because they don’t want their troops socially distant from their comrades and commanders. Instead, they talk about “physical distancing,” which keeps their troops 6-feet apart, but encourages them to keep communicating.

Both commanders, who have trained for attacks in orbit and have considered what a nuclear war could look like, say they have never seen anything like the pandemic.

“It is something that is new for all of us,” Falzarano said.

Disease outbreaks are in the military’s playbook, but not one as large and long lasting.

“We have practiced this kind of scenario before, but the scope of this requires us to analyze and reexamine it every day,” Falzarano said.