Iran’s latest failed attempt to send a satellite into orbit has rekindled U.S. accusations that Tehran is using satellite launches to develop its ballistic missiles.

The U.S. accusations have, in turn, focused attention on what Iran’s military can learn from the country’s civilian space program and whether launches of Iran’s satellite-carrying Simorgh rockets amount to ballistic-missile tests. 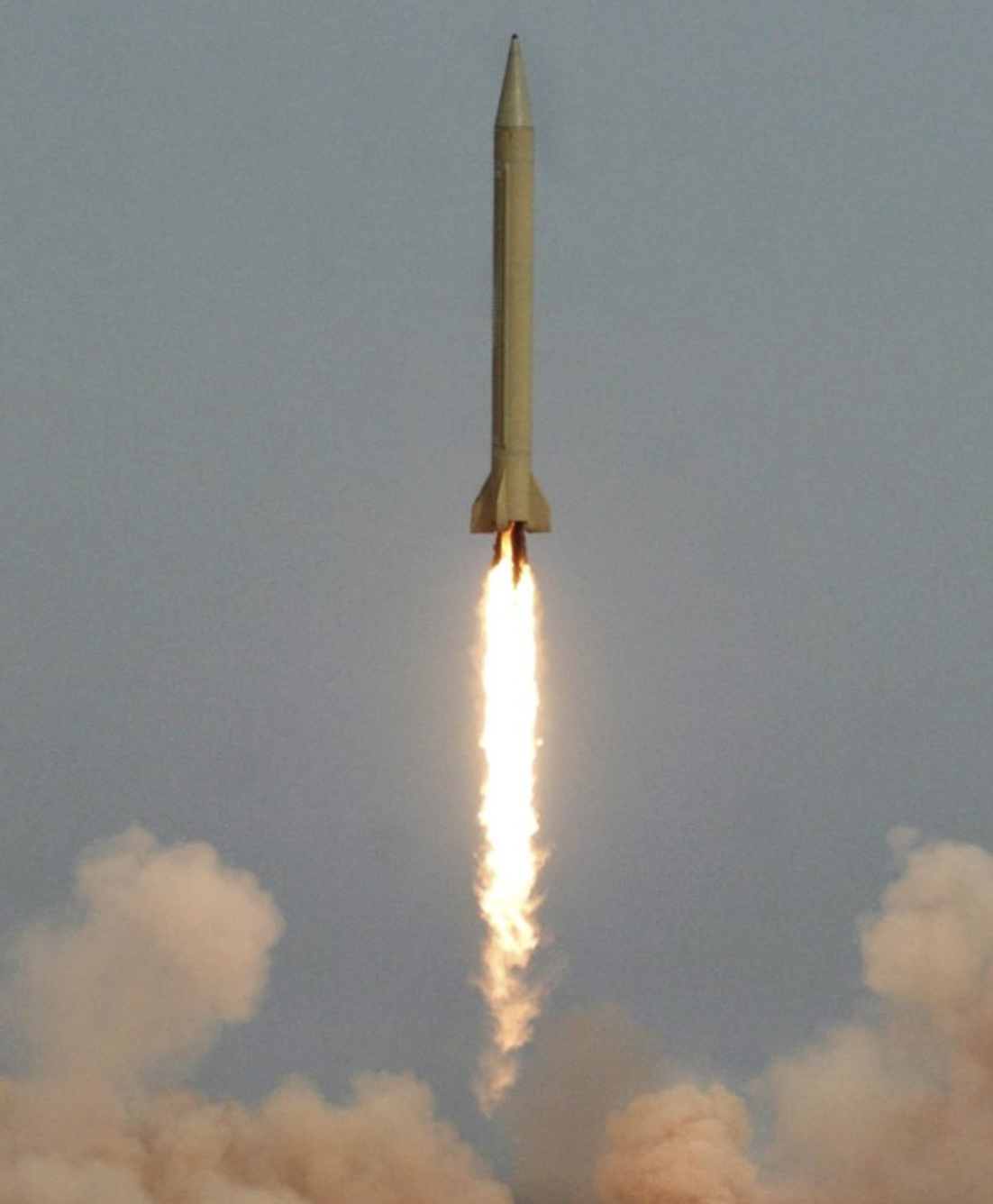 U.S. Secretary of State Mike Pompeo made that claim after a three-stage Simorgh rocket launched by Iran on February 9 failed to reach the speed necessary to lift its payload — a Zafar communications and mapping satellite — into a low orbit around the Earth.

“The technologies used to launch satellites into orbit are virtually identical and interchangeable with those used in longer-range systems, including intercontinental ballistic missiles,” Pompeo said in a statement on February 11.

“Each launch, whether failed or not, further allows Iran to gain experience using such technologies that could benefit its missile programs under the guise of a peaceful space program,” Pompeo said.

The European diplomats said recent Iranian missile tests involved a version of the Shahab-3 that is “equipped with a maneuverable reentry vehicle” and “is technically capable of delivering a nuclear weapon.”

They also noted a 2015 International Atomic Energy Agency report on the potential military dimensions of Iran’s nuclear program that said “extensive evidence indicated detailed Iranian research in 2002-2003 on arming the Shahab-3 with a nuclear warhead.”

U.S. President Donald Trump’s administration cited concerns about Iranian missile tests to justify its withdrawal in 2018 from the Iran nuclear deal and the reimposition of crippling economic sanctions against Tehran.

“The world’s leading state sponsor of terrorism should not be allowed to develop and test ballistic missiles,” Pompeo said in his February 11 statement. 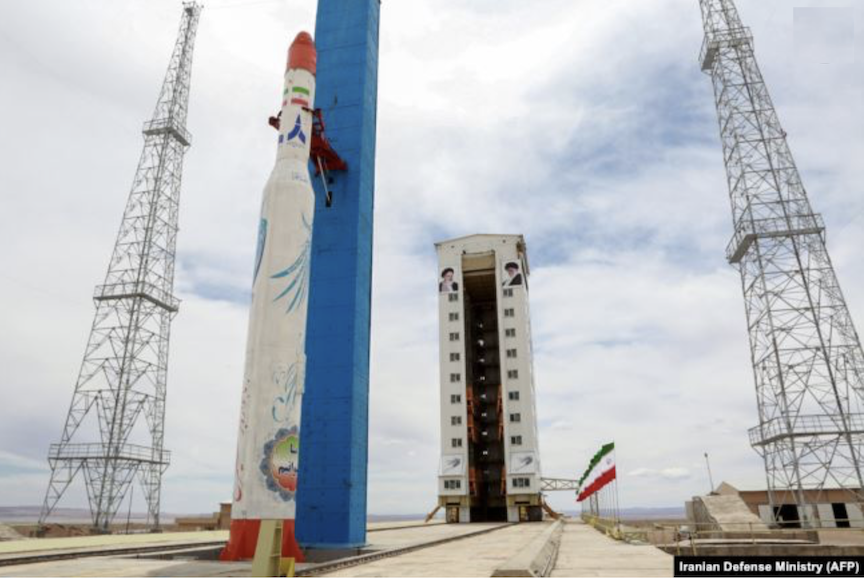 A Simorgh rocket at an Iranian launch site at an undisclosed location in July 2017.

Iranian Defense Minister Amir Hatami has rejected Pompeo’s allegations, telling the state-run IRNA news agency on February 12 that “the subject of satellite-launch vehicles and satellites is a civilian matter” without any military dimension.

Iran also insists that its separate ballistic missile tests are legal and not nuclear-related.

Tehran has announced a self-declared range limit of 2,000 kilometers for all of its ballistic missiles, saying its missile program is meant to provide security against regional foes in the Middle East and is not aimed at Western Europe or North America.

Independent experts in the United States and Western Europe tell RFE/RL they have no doubt that Iran’s military wants to learn all it can from civilian launches of satellite-carrying rockets.

Experts agree that Iranian engineers gain experience dealing with launch data from every satellite mission and could gain knowledge about improving multiple-stage rockets — launch vehicles with two or more rocket stages that each contain their own engines and propellants.

But they say Iran has very little else to learn from the kind of satellite launches it has carried out so far that would help it develop long-range missiles capable of carrying nuclear warheads.

Michael Elleman, director of the Non-Proliferation and Nuclear Policy Program at the International Institute for Strategic Studies think tank in London, agrees that technologies and components of satellite launchers are similar to long-range ballistic missiles.

He says both use “powerful rocket engines, high-strength and lightweight airframes, inertial navigation and guidance units,” and mechanisms for stage separation and payload separation.

He notes that space-launch vehicles and long-range ballistic missiles also both use tracking and telemetry systems to support “development and operations.”

But Elleman says it is “misguided” to suggest that Iranian satellite launches are a cover for trying to develop nuclear-capable, intercontinental ballistic missiles (ICBMs).

He told RFE/RL that what Pompeo is implying in his objections to Iranian satellite launches is “much different than the reality.”

“They’re grossly exaggerating what Iran is learning from those particular launches,” Elleman says.

“It’s a political statement,” he adds. “There’s nothing untrue about what Pompeo says. But it’s a question of whether Iran is learning enough to make a big difference in anything that they are doing. I believe what they are learning that is applicable to long-range missile development is minimal.”

Researchers at the Stockholm International Peace Research Institute (SIPRI) have come to the same conclusion.

They say Iran’s satellite program has raised suspicions because of “technological similarities” between satellite-launch vehicles (SLVs) and ballistic missiles.

But Tytti Erasto, a senior researcher in SIPRI’s Nuclear Disarmament, Arms Control, and Non-Proliferation Program in Stockholm, told RFE/RL there has never been a country that has turned space launch vehicles into long-range missiles.

“There are many historical examples of states having converted ICBMs into SLVs, or developing the two technologies in parallel,” Erasto says. “However, the reverse scenario — that is, SLVs being turned into long-range missiles — has never happened because ICBM development is more demanding in many ways.”

“Missiles carry warheads that must not just reach space, but must also withstand reentry into the atmosphere” and maintain an accurate course, she says.

Missile launchers also have to be mobile and ready to fire quickly under any weather conditions, she adds. Iran’s satellite carriers are launched from much larger, stationary facilities and can take weeks to prepare for blast off.

“Although having a satellite program can contribute to ICBM development, it is not a shortcut to long-range missiles,” Erasto concludes.

“Even if Iran converted the Simorgh SLV into a long-range missile, it would still need to undergo the normal, time-consuming routine of missile testing,” she says.

That could mean at least a dozen launch tests before a weapon can be considered ready for deployment, according to Erasto.

Such tests “would not go unnoticed” by Western observers, she says.

One European expert closely watching for any evidence of Iran trying to develop long-range ballistic missiles is Markus Schiller, a senior analyst at the ST Analytics space technology and rocketry consultancy in Munich.

“From what we have observed over the past years, they’ve really tried to keep below [Iran’s self-declared missile-range] threshold of 2,000 kilometers with everything they have demonstrated and shown to us,” Schiller tells RFE/RL.

He says Iran has publicly revealed “a lot” of evidence indicating it is working to increase the accuracy of its existing short-range and medium-range missiles. But nothing to indicate it's taking steps to increase the range of its ballistic missiles beyond the 2,000 kilometers. 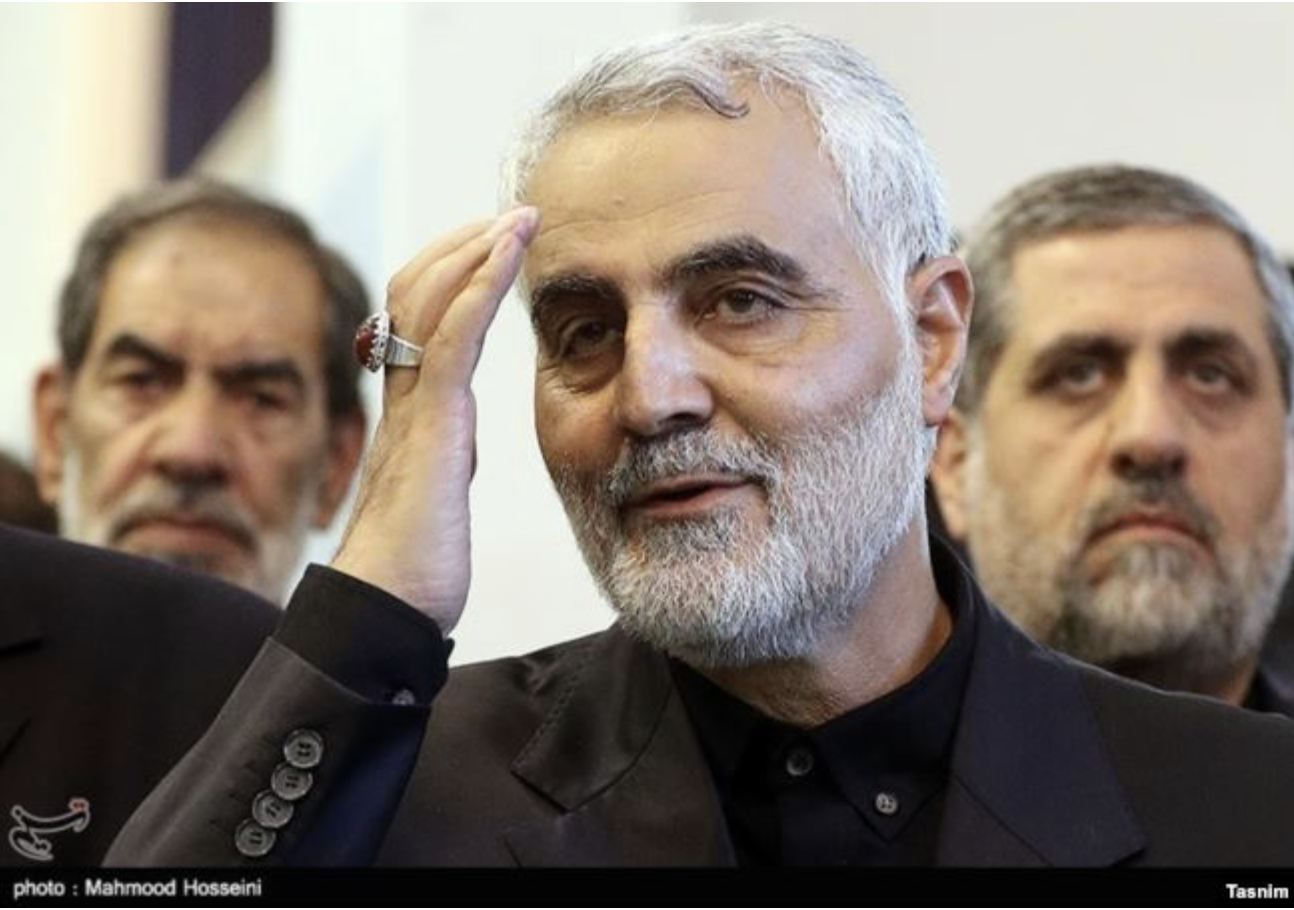 Qasem Soleimani was killed by a U.S. drone strike.

“I’ve heard some statements suggesting they could easily and quickly start developing bigger rockets and missiles in the near future,” Schiller told RFE/RL. “But I haven’t seen anything actually pointing toward them doing so, aside from their rhetoric.”

“We have heard some statements over the past weeks that they want to reinvent the Shahab-4 program — which was rumored to be something like an ICBM or long-range missile development program several decades ago,” Schiller said.

Initiated in 1988, Iran has publicly described the Shahab-4 as an attempt to derive a space launch vehicle from its Shahab-3, medium-range ballistic missile.

But the Shahab-4 has never advanced beyond the drawing board.

Schiller says it would be in Iran’s interest to “stay under the radar” about any ambitions to develop long-range missiles or ICBMs.

He says that if Iran was serious about developing long-range ballistic missiles, “they will soon have to start developing a different main engine” for their rockets.

“The engines that are used for the Simorgh for the main stage, as well as for the upper stage, are just not technically suited to power a sensible, high-performance ICBM,” Schiller told RFE/RL.

“If they start working on bigger engines, different than those that they already have, that might point to some ambitions toward getting an ICBM,” says Schiller when asked about what telltale signs of a long-range missile program he is watching for.

Iran first successfully launched a small satellite into orbit with an Iranian-built rocket in 2009.

Since then, Iran is thought to have successfully sent three other small satellites into orbit — the last in 2016.

All Iranian attempts since then have failed — usually because of what is thought to be problems with the critical upper-stage rocket that should push the satellite payload to orbital speed.

Elleman says he thinks the failure of the February 9 satellite launch also was due to engine problems with the third stage of the Simorgh space-launch vehicle.