Forrester Reports: The Next Starlink Surge + An Accelerated FCC Timeline 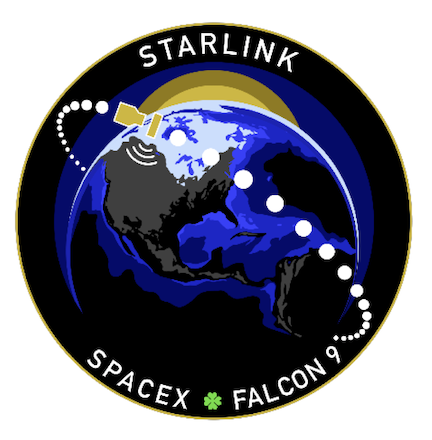 According to a new posting by journalist Chris Forrester at the Advanced Television infosite, following on from last weekend’s success with its two human passengers aboard the Crew Dragon mission to the International Space Station, SpaceX will launch 60 of its Starlink satellites on June 3rd.

Currently, and weather permitting, the launch is planned for around 9.25 p.m. Florida-time.  However, SpaceX has a 60-minute launch window which opens at 8.55 p.m. and the launch could occur at anytime during the launch window. The launch will take the total Starlink craft in orbit to 480 and this will be the eighth launch of the Starlink fleet.

Meanwhile, there is something of a shuttle going on with SpaceX’s small navy of maritime barges. The ‘Of Course I Still Love You,’ which was used to provide a floating landing pad for the Crew Dragon’s Falcon Heavy, is still on its way back to its Port Canaveral home. Its sister barge, ‘Just Read The Instructions,’ is now on its way to its designated landing point in the Atlantic and ready to collect the returning Falcon 9 rocket’s first stage.

This particular rocket has already flown four times and clearly demonstrates Elon Musk’s theory of a high rate of usability for his fleet.

Also at the Advanced Television infosite,

FCC Chairman Ajit Pai has confirmed that the repurposing of C-band spectrum for 5G services will move forward on an accelerated timeline.

In a public notice, the FCC’s Wireless Telecommunications Bureau said it had secured commitments from all eligible satellite operators to meet an accelerated clearing timeline that will make way for faster 5G deployment in the 3.7 GHz band – the C-band.

“This is a big day for American leadership in 5G and for American consumers and businesses,” declared Pai. “The acceptance of accelerated relocation by all eligible satellite operators vindicates the FCC’s approach for making C-band spectrum available for 5G more quickly. Our initiative will enable this critical mid-band spectrum to be used for new and innovative wireless services that will be delivered to American consumers years ahead of schedule. The FCC’s work on the C-band is an important part of its 5G FAST plan, a comprehensive strategy to promote American leadership in 5G. This is a national priority because it means millions of jobs, billions of dollars in investment, innovation on our shores, and stronger economic growth. I’m grateful to my fellow Commissioners, the agency’s excellent staff, and external stakeholders for helping us reach this major milestone.”

In February 2020, the Commission majority adopted rules for the C-band that will free up 280 megahertz of spectrum for 5G. Specifically, the rules required existing satellite operators to repack their operations from the band’s entire 500 megahertz into the upper 200 megahertz, allocated the lower 280 megahertz for terrestrial flexible use, and provided for a 20-megahertz guard band in between. Moreover, the Commission provided five eligible space station operators serving the contiguous United States with the opportunity to clear the lower 300 megahertz of the band on an accelerated timeframe in exchange for accelerated relocation payments.

With all five eligible satellite operators—Eutelsat, Intelsat, SES, Star One, and Telesat—having elected accelerated relocation in filings with the FCC, the public notice announces that the 80 per cent threshold for clearing commitments has been met and consequently, that the accelerated timeline for relocation has been triggered.

Specifically, these companies must first clear 120 megahertz of spectrum in 46 Partial Economic Areas by December 5th, 2021. In a second phase, they must clear the lower 120 megahertz in the remaining PEAs, plus an additional 180megahertz nationwide, by December 5th, 2023. If the companies fulfil these commitments, they will be eligible for up to $9.7 billion (€8.73bn) in accelerated relocation payments plus reasonable relocation costs, paid for by the new flexible use licensees. Had the satellite operators not chosen to accept accelerated relocation payments, the deadline for clearing the lower 300 megahertz of the band would have been December 5th, 2025.

This Commission’s C-band auction is scheduled to begin on December 8th, 2020. The Commission says its efforts in this band will meet its key goals of making a large portion of the C-band available for 5G use, generating significant revenue for the US Treasury, and protecting and preserving the satellite services currently delivered using this band. This effort is an important component of Chairman Pai’s comprehensive strategy to Facilitate America’s Superiority in 5G Technology (the 5G FAST plan).