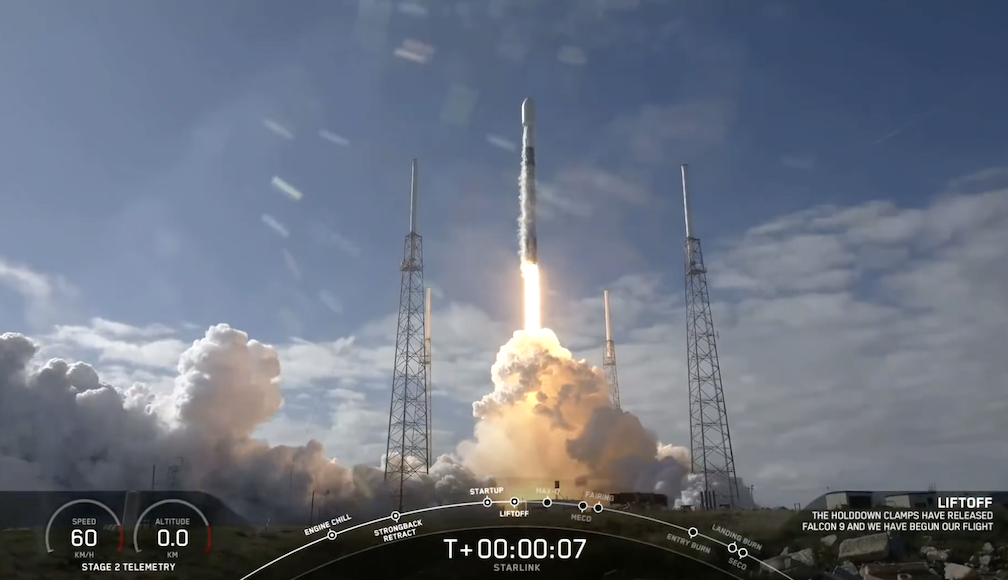 Success again as SpaceX successfully launches its fifth in a series of Starlink launches.

Falcon 9’s first stage previously launched the CRS-17 mission in May 2019, the CRS-18 mission in July 2019, and the JCSAT-18/Kacific1 mission in December 2019.  The mission featured the fastest turnaround time to-date of a Falcon first stage booster.

However, while a secondary objective, the booster missed its landing spot on the drone ship during its return.  "It did make a soft landing in the water... so it does look like it may be in one piece," SpaceX engineer Jessie Anderson said.

The first stage booster for this weekend’s Starlink mission was serial number B1056. The flight was the core’s fourth mission. 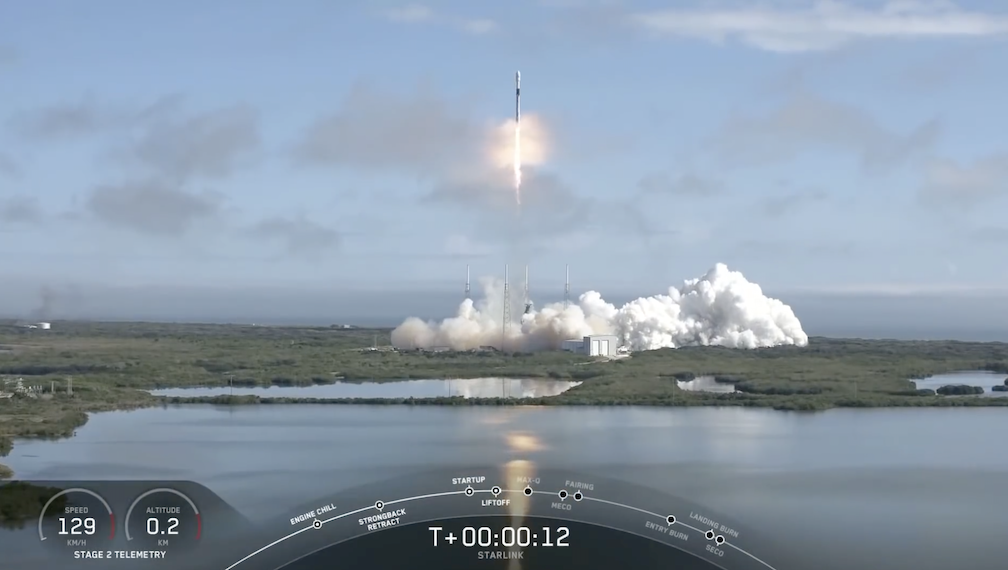 The space firm previously launched 60 Starlink satellites at a time in May, November and on January 6 and January 29, with two test satellites launched before that.

If all continues on track for the constellation, 100 or more such Starlink launches could occur in the future. SpaceX intends ultimately to launch thousands of satellites to beam broadband around the globe.

Starlink satellites orbit at a height of about 340 miles above the Earth compared to the Kármán line that defines space that is 62 miles high, and the International Space Station is more than 250 miles high.

The company said the booster in Monday's launch was used three times previously, for cargo missions to the International Space Station in May 2019 and July 2019, and for the JCSAT-18/Kacific1 satellite launch in December 2019.