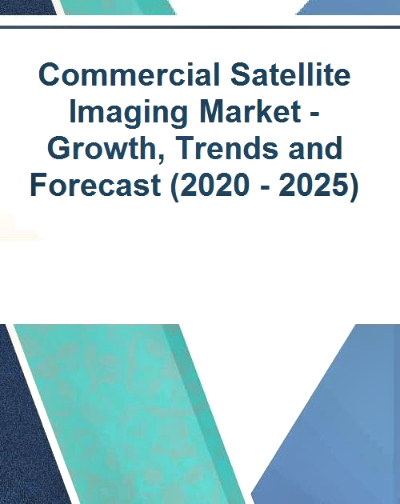 Satellite imaging has surpassed the use of terrestrial and aerial imagery by overcoming the limitation of geographical reaches, owing to its comprehensive coverage of the world and quick delivery of image data. The significance of satellite imaging prompted governmental organizations to support its growth. Various governments have been supporting the firms in the market studied, by investing in satellite imaging technologies.

The Australian government invested in satellite technologies, and it spent USD 260 million for the development of satellite technology and creation of jobs in Australia. These factors are encouraging companies to develop improved solutions in the market studied.

For instance, BlackSky, a geospatial intelligence company, announced that it has secured a $50 million loan from the Intelsat satellite powerhouse, primarily to boost its nascent Earth Observation (EO) constellation. The company also announced its plans to use this capital to build on its existing assets and alliances. The company primarily aims to incorporate access to Intelsat's communications infrastructure to deliver its imaging and intelligence services across the world.

Military and Defense is Expected to Account for the Largest Share
The largest end-user vertical is the military and defense applications of commercial satellite imaging. The growth of the segment can be attributed to security and surveillance applications, which are the core functionalities of any defense organization. In most cases, governments have their satellites orbiting the Earth, performing several operations.

However, they usually have limited access to the international airspace for security concerns of other countries. In some extreme cases, governments can exercise shutter control policies, which may require foreign satellites in territorial airspace to shut down the satellite's imaging equipment.

Growing defense and military budgets in most of the countries, to develop security programs, are expected to contribute to the growth of the market studied. For instance, according to SIPRI, military spending in the United States was $717 billion in 2019. Moreover, in the same year, China's military spending amounted to an estimated $177 billion. Considering the growing security concerns, several countries are launching satellites to strengthen their defense operation with the help of upgraded technology. Thus, the growth of the market studied is expected to be fueled by an upsurge in the number of satellite launches in several countries. The defense sector also uses commercial satellite imaging for geospatial mapping.

The North American Region is Expected to Account for the Largest Share
North America is expected to dominate the market studied during the forecast period, due to the highest number of researches and investments in the market, the presence of sophisticated infrastructure to undertake space programs, and the earliest and highest adoption of commercial satellite imaging across various industries in the region.

Due to strong support from the federal government regarding grants to academic institutions and companies, in order to develop highly advanced satellite imaging devices, the market studied is estimated to expand further in the region.

According to the Union of Concerned Scientists, the United States has the largest number of satellites in orbit, i.e., 901 as of March 2019, followed by China with 299 satellites.